ConservativeBlog.org
Posted at 00:50h in Blog by Amy Ridenour 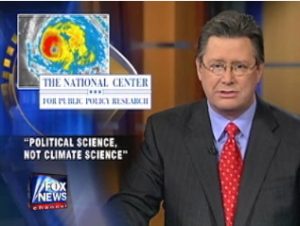 On the eve of a hearing in the U.S. Senate Committee on Environment and Public Works on “Climate Change and the Media,” Newsbusters is having quite a debate on the topic. For instance, a Tuesday afternoon post by Matthew Sheffield on the Inhofe hearings had 173 comments when I read it.

Around 1 AM Wednesday, Brent Baker posted pictures on Newsbusters of Dennis Miller reading the 1975 Newsweek article on global cooling to Jay Leno on Tuesday’s “Tonight Show with Jay Leno.” Newsweek, which is owned by the Washington Post Company, has finally found that 1975 article politically-inconvenient enough to repudiate (with plenty of spin in the repudiation, as Sean of the Everything I Know is Wrong blog demonstrates).

I always figured the embarassment over the global cooling articles that appeared in the press about a decade before James Hansen sprang global warming on Congress is the reason global warming theory activists tend to prefer the term “climate change” nowadays.

This way, if they change their minds again, they won’t have to print new bumper stickers.