ConservativeBlog.org
Posted at 02:03h in Blog by Amy Ridenour

The Democrats say (as far as I know, with a straight face) that they are blocking distribution not because they are censoring criticism, but because the chart is not precisely accurate.

For the record, the Republicans who created the chart say it is accurate. Meanwhile, we can expect the born-again accuracy czars of the House Democrat caucus to start admitting their health plan will lead to rationing, their cap-and-trade bill will kill jobs and that their stimulus bill was about pork and political payoffs. 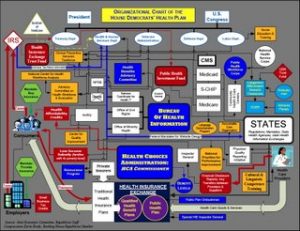 There’s no copyright on this chart, so why not annoy a liberal Congressman today by emailing it to all your friends? Click the little envelope or one of the “share” options below to do so easily.