ConservativeBlog.org
Posted at 04:59h in Articles, Blog by David Almasi 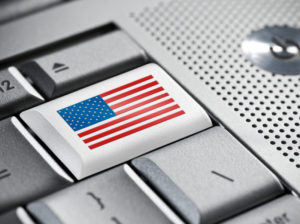 ident Obama the gift his liberal friends in Congress could not: “net neutrality” regulatory authority over the Internet.

Now, Congress is poised to go all CTRL+ALT+DEL on the FCC.  It’s the first in a possible series of rollback efforts that could make Obama’s regulatory agenda a whole lot less stealthy.

Representative Greg Walden, chairman of the House Energy and Commerce Committee’s Subcommittee on Communications and Technology, just announced his intention to challenge the FCC and the White House with the Congressional Review Act.

Under the provisions of the Act, a new rule can be voided by a simple majority vote in both chambers.  The catch is that it would still need to be signed by the president.

No one expects Obama is willingly going to acquiesce to Congress overturning a regulation that could allow him to lord over the Internet, but it would — at the very least — put Obama on record as actually wanting net neutrality rather than enjoying it while hiding behind the ruse that he grudgingly accepted it from a bureaucracy beyond his control.

Walden is currently looking for co-sponsors for his resolution of disapproval that will get the ball rolling.  Once that resolution is introduced, the whole process is supposed to take just 60 days.

Expect the CRA to be an oft-used arrow in the quiver of the new congressional majority as long as the White House crowd continues to choose the regulatory avenue to achieve their agenda now that Capitol Hill has become a less generous place.