ConservativeBlog.org
Posted at 04:52h in Articles, Blog by David Almasi 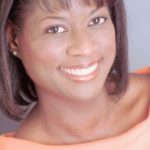 Project 21 fellow Deneen Borelli is scheduled to appear on two Fox News Channel programs on Saturday, February 19 to discuss the stand-off in Wisconsin over reforming the benefits plan for many state government employees.

See Deneen in segments currently planned for 1:20 PM eastern on “America’s News Headquarters” and during the new program “Justice with Judge Jeanine Pirro” at 9:00 PM eastern.

Governor Scott Walker is trying to close a $137 million budget gap in the current Wisconsin budget and curtail a deficit that is projected to swell to over $3.6 billion in two years if something isn’t done now.  Unions and partisan groups such as President Obama’s Organizing For America are stoking opposition to the plan under consideration to reform of collective bargaining as it applies to government employee benefit plans — a strategy that supporters say will save millions and prevent the layoff of 10,500 state and local employees.

The earlier interview has been pushed up to 1:05 PM eastern.