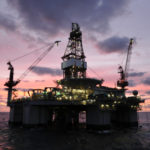 Instead of alleviating prices, Obama and company are battling in court to keep energy costs high.  Prior to the BP oil spill, the Interior Department processed drilling permits in about two weeks.  Since the spill, wait times are four months or longer with few decisions in sight.  Last Friday, the Interior Department appealed a court order that directed it to start acting on those permits.

After the April 2010 spill, the Interior Department issued two successive blanket moratoriums on Gulf Coast deepwater drilling.  Since that time, it has approved only a single permit application.  The Interior is, in essence, still running a de facto moratorium.

On Sunday, the Obama Administration paid lip service to combating the escalating gas prices when White House Chief of Staff William Daley said the Administration was considering tapping the Strategic Petroleum Reserve.  Here is a better idea, instead of weakening the country, perhaps Secretary of the Interior, Ken Salazar, should do his job and act on the Gulf Coast drilling permits.

As the first anniversary of the Deepwater Horizon disaster draws near, any reason that would have justified delays has, under a rule of reason, expired. Beginning to process permit applications will restore normalcy to the Gulf region and repair the public’s faith in the administrative process.

Rather than complying with the commonsense order, Salazar appealed saying:

I don’t believe that the court has the jurisdiction to basically tell the Department of the Interior what my administrative responsibilities are.

Secretary Salazar’s hubris is almost unparalleled.  He has shown great disrespect for the judiciary – a coequal branch of government. Salazar claims a judge cannot force his Department to do anything – like work.

As I previously wrote in early February, Judge Feldman held Salazar and his pals in contempt for displaying repeated “dismissive” behavior.  And in June of last year, I noted that Judge Feldman rebuked the Obama Administration and the Interior Department for the deceitful manner in which it imposed the initial drilling moratorium.

According to Steve Forbes, editor-in-chief of Forbes magazine, Salazar has indicated that he will not issue any new drilling permits this year.  In a recent Politico column, Forbes explains:

[T]his administration’s Department of the Interior, with the most anti-oil-and-gas record in U.S. history, is sabotaging any real chance of avoiding the pending energy crisis because of its continued hold on deepwater drilling permits in the Gulf of Mexico.

By freezing U.S. energy assets in the Gulf and keeping 97 percent of our offshore oil and gas off limits, our government, willing or not, is fueling an energy crisis that could bring this nation to its knees. Continued inaction in the Gulf threatens to force us to import an extra 88 million barrels of oil per year by 2016, at a cost of $8 billion.  One-third of the oil used in the U.S. is from the Gulf of Mexico. As oil spirals past $100 per barrel, handcuffing these domestic energy reserves only deepens our dependence on hostile oil-rich nations abroad.

If Obama and Salazar have any concern for the pain that average Americans feel at the pump, or for American security, they will drop this appeal and allow Gulf Coast drilling to resume.