ConservativeBlog.org
Posted at 00:01h in Blog by David Almasi 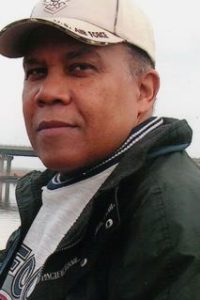 Ohio is the latest state to enact reforms to the lavish benefit packages enjoyed by public employees.  Like Wisconsin and so many other states, the reckoning process over what to do about these gold-plated perks that governments can no longer afford is bringing out the worst in the organized labor movement and its supporters.

Jimmie Hollis, a member of the Project 21 black leadership network, is disgusted with the demeanor of these people in general, and what examples teachers’ union members are setting for their students in particular:

I watched the riotous behavior in Wisconsin against reforming the benefits process for public employees.  I watched much of the same happen again in Ohio this week.  I still see similar clashes happening in state capitals across America.

Opponents of reform are loud, offensive and disrespectful.  They engage in pushing and shoving and yelling and screaming at elected officials, attack reporters, trash and deface public buildings and — in at least one reported case — broke a window.

Worse than that, death threats have been made to elected officials and their families.

I wonder if President Obama, who has supported the cause of these protesters, would call these riots “teachable moments”?  Why did the President’s previous call for civility and for toning down hateful rhetoric go unheeded?  Why isn’t he chastising these people — his supporters, who should know better — to act on his call for calm and rational discourse?

Yes, these people might be exercising their constitutional right of free speech, but what is disquieting is that — in doing so — a violent and ugly display is exhibited for our schoolchildren.

Are our children learning from these “adults” how to disregard the fact that the First Amendment is written to protect “the right of the people peaceably to assemble”?