ConservativeBlog.org
Posted at 12:54h in Articles, Blog by David Almasi 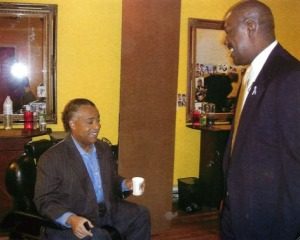 It seems Al Sharpton is willing to debate after all — but only when he stacks the deck in his favor.

After letters, faxes, e-mails and calls went unanswered, Mychal went ahead and held an “empty chair debate” against the men at the National Press Club in Washington, D.C. on February 28.  Mychal’s responses to Sharpton’s previous comments about the tea party movement and civil rights in general can be viewed here and here.

Imagine Mychal’s surprise to learn that Sharpton actually scheduled a debate for next week — a “great debate.”

On April 7, at the Sheraton New York hotel in New York City, Sharpton will verbally spar with Fox News Channel and talk radio host Sean Hannity in “The Great Debate: President Obama’s Report Card.”  It’s part of the 20th anniversary convention of Sharpton’s National Action Network, and it is essentially a rematch of a debate between the two men at the same convention in 2007.

The question that begs to be answered is why Sharpton — who’s obviously able and apparently willing to take part in a debate — would not give Mychal a chance.  Project 21 member Kevin Martin says:

Notice how Al Sharpton has time to debate Sean Hannity, but will not respond to a debate offered up by Mychal.  This would tend to prove that he is, in fact, a hypocrite and a coward.

Mychal, upon hearing about the Sharpton-Hannity debate, said:

Al Sharpton had every opportunity to debate me on substantive issues of race pursuant to allegations he made about the tea party movement.  Was he too intimidated to defend his opinions against me?  If Sharpton wanted a legitimate debate, he should have taken the opportunity I offered.  I personally raised the money to host the debate.  He did not have the common decency or courtesy, however, to even acknowledge his unwillingness to debate me.  He simply ignored our repeated attempts to contact him.

Why the cold feet?  It’s certainly not that Sharpton doesn’t travel.  He was in the D.C. area the week before Mychal’s solo event in February to speak at an event sponsored by the Washington Post.

Perhaps Sharpton needs to hold all the cards.

This upcoming event is on his turf.  It’s an official part of his convention, so all of his friends will be there.  It is supposed to be streamed on Hannity’s web site, but Sharpton’s not drawing a lot of attention to it.  The debate is not mentioned in the press release announcing convention highlights.

No offense to Sean Hannity, but Sharpton and Hannity are also friendly rivals.  Hannity was reported to have given Sharpton a run for his money in 2007, but it will never be quite the same as if Sharpton was responding to Mychal Massie — the leader of a group with many members of the tea party movement who happen to be black.

It would seem, taking all of this into account, that Al Sharpton is afraid to debate a conservative black man.

But Mychal still holds out hope for a debate, and he hopes Hannity might be able to help during his debate with Sharpton next week toward making it happen.  Mychal added:

I would hope that Sean Hannity, whose people knew about my challenge to Shaprton, would at the very least question Sharpton about why he ignored my request to debate.  Did he fear having to face a black conservative who was able to argue issues of race that Hannity obviously cannot?

In the strongest possible terms, I condemn Sharpton for his cowardice.  My offer still stands to debate, but only this time it will be at his expense.  Unlike him, I will travel anywhere to debate him.  I am not bound by fear of the truth.