Washington, D.C. – The same organization that challenged NOAA to bragging rights for the best hurricane forecast last year using a trained chimp armed only with a pair of dice and a craps table is challenging the agency again: This time by putting two fifth graders up against the multi-billion dollar federal agency.

“NOAA may have beaten our trained chimp, Dr. Hansimian, last year,” said David Ridenour, vice president of the National Center for Public Policy Research. “But he was really only our second banana. Let’s see how NOAA can do against opponents with opposable thumbs.”

Last week, the National Oceanic and Atmospheric Administration, or NOAA, released its annual May forecast of Atlantic hurricanes. NOAA forecast 6-10 hurricanes for 2011, a range suggesting anywhere from a “normal” hurricane season to an “above normal” one.

“NOAA’s forecast was on target last year, but it was only the second time in seven years the agency got it right. This may help explain why its forecasts the past two years have had such enormous ranges,” said Ridenour. “Is NOAA smarter than two fifth graders? Given its less than 29% success rate the past seven years, we sincerely doubt it. To find out for sure, we’ve commissioned two fifth graders to calculate the number of Atlantic hurricanes using a methodology that 5th graders use to resolve most of life’s most vexing challenges.”

Filmmakers Steven Crowder and Jordan Crowder co-produced a video of the fifth graders, Kate and Chris, demonstrating their methodology. The three-minute video can be found at http://youtu.be/yz_oPwMosEk. It was co-written by David Ridenour and Steven Crowder. 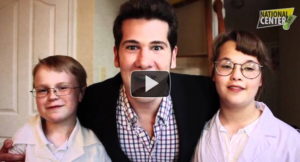 The video isn’t being released to question the professionalism or dedication of NOAA experts, but to remind Americans that forecasts based on science that is still evolving is unreliable and shouldn’t be used to determine public policy.

“Forecasts are just that: forecasts. All that matters is what actually happens,” said Amy Ridenour, president of the National Center for Public Policy Research. “We should keep this in mind as we consider whether to regulate greenhouse gas emissions. Past forecasts of rising temperatures, sea levels, and droughts and other extreme weather events due to rising concentrations of carbon haven’t proven any more reliable that NOAA’s annual hurricane forecast. Until their reliability improves, it would be irresponsible to base policy on them.”

Along with the fifth graders’ forecast, the National Center for Public Policy Research is issuing a challenge to NOAA. “If at the end of the hurricane season, Kate’s and Chris’s forecast turns out to be more accurate than NOAA’s, we challenge the agency to send a representative to their class to acknowledge their superior hurricane prognostication skills and to provide a presentation about NOAA’s hurricane research,” said David Ridenour. “In return, should NOAA prove more accurate, Kate and Chris will be more than happy to visit NOAA, acknowledge NOAA’s superior hurricane forecasting skills, and provide a briefing on what their class is doing.”

June 1 is the official start of the 2011 hurricane season.

The National Center For Public Policy Research is a conservative, free-market, non-profit think-tank established in 1982. It is supported by the voluntary gifts of over 100,000 individual recent supporters, receiving less than one percent of its revenue from corporate sources. Contributions to it are tax-deductible.