ConservativeBlog.org
Posted at 13:16h in Blog, Health by David Almasi 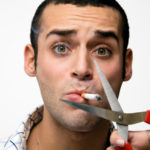 For decades, people have been warned about the potential dangers of tobacco.  Tobacco use is a choice, but the government and its supporters are trying to take the freedom away from people.  In doing so, they now threaten to open a Pandora’s box of problems.

Nonetheless, a Food and Drug Administration advisory panel did suggest that “removal of menthol cigarettes from the marketplace would benefit the public health” on March 18.  The panel did not call for an outright ban on menthol smokes, and the FDA is under no obligation to take any of the panel’s advice.

And Lawrence R. Deyton, the director of the FDA’s Center for Tobacco Products, dutifully declared: “Now it’s up to us to do our job.”

The first official salvo in the menthol war has begun.

Don’t expect a winner in this war — just plenty of losers.  As Horace pointed out in his commentary:

First and foremost, this 21st century attempt at Prohibition will be a boon for smugglers.  Cigarettes are already recognized by the Bureau of Alcohol, Tobacco, Firearms and Explosives as the likely “number-one black market commodity in the world.”

By the way, the Lorillard Tobacco Company, which sells these cigarettes, estimates that outlawing menthol cigarettes would reduce state and federal tax revenues by approximately $40 billion.

Don’t forget that someone selling homemade or smuggled menthol cigarettes out of the trunk of a car is also probably not very concerned about asking for proof of age.  This means that creating a new underground market for cigarettes could conceivably increase underage access to tobacco products.

And don’t expect these smuggled smokes will undergo quality checks that their currently legal counterparts face.

The Washington Post article on the advisory panel’s report to the FDA notes that “[t]he menthol question will be the first real test of how aggressively the FDA intends to regulate tobacco” in the wake of tobacco being put under the FDA’s authority in 2009.

Considering the effect such a ban would have on crime, public health, revenue generation and consumer choice, it is not a decision that should be based on politics or emotion alone.