ConservativeBlog.org
Posted at 04:04h in Articles, Blog by Amy Ridenour

After a National Center for Public Policy Research-sponsored video by comedic filmmaker Steven Crowder critiquing the politics of Jon Stewart and others in the entertainment industry resulted in Crowder losing his personal manager, Crowder has produced a new video in response [above].

“I created a video [posted immediately below] in which I released a private email from a senior producer at the Daily Show in which they said, ‘We never book conservative pundits.'” said Crowder. “Well, it caused quite a stir; enough for Mr. Stewart himself to be upset and for said producer to furiously call my manager… Long story short, [my manager] made it known that he had mouths to feed, and he would have to put some distance between himself and I in order to maintain a viable career.”

“The curtain has now been pulled back on Jon Stewart. The man has made a career out of accusing others of harmful bias. And so, he doesn’t want you to see [his producer’s email]… See, Jon and his producers don’t like the fact that he’s been pointed out as arguably the single most biased figure in news media or entertainment because that disrupts the whole moderate narrative,” said Crowder.

National Center for Public Policy Research Vice President David Ridenour says it is foolish for Stewart’s staff to attack Crowder or his manager for speaking the truth about Stewart, because Stewart is so openly liberal.

“Jon Stewart was roundly criticized for going easy on his friend and fellow liberal Anthony Weiner and, indeed, his show following Weiner’s confession was more weiner toast than weiner roast,” said David Ridenour. “Stewart fawned over Weiner’s physique like a schoolgirl with a crush and said that, with Weiner’s admission of wrongdoing, this story ‘officially became sad.’ Contrast this to Stewart’s treatment of conservative Senator Larry Craig, whose embarrassing questioning by NBC’s Matt Lauer was featured as a ‘Moment of Zen.’ If you believe this isn’t bias, then I have a twitter hacking story to sell you.”

Nevertheless, as Crowder notes in his latest video, Stewart advertised his well-publicized “restoring sanity” rally on the Washington Mall last October 30 as a “million moderate march” and tries to portray himself as a voice of “sanity” between left and right extremes.

‘Sanity’ wasn’t the hallmark of Stewart’s ‘restoring sanity’ rally. In fact, Steven Crowder was attacked at the Stewart rally by a leftist, which Crowder caught on film. However, in the usual way the left has of covering for each other, YouTube has removed the video, supposedly because it might violate someone’s privacy to show them at a public Jon Stewart rally.

Fortunately, the left doesn’t control everything. The video of one of Crowder being assaulted at the Jon Stewart rally can still be viewed at the National Center for Public Policy Research website. 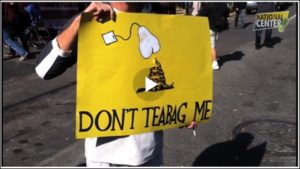 “Not only do Hollywood and the media have a bias that they attempt to hide at all costs,” added Steven Crowder, “but they also operate through a system of instilling fear into both talent and representation in order to stifle voices of dissent and selectively edit the national dialogue — while they pose as nothing more than moderates.”

Steven Crowder has completed 18 videos sponsored by the National Center for Public Policy Research. All videos can be viewed online on our Steven Crowder video series archive page.

“Jon will tell you there’s nothing he hates more than partisan politics,” added Crowder. “Plus, he makes funny faces, so we know when to laugh.”