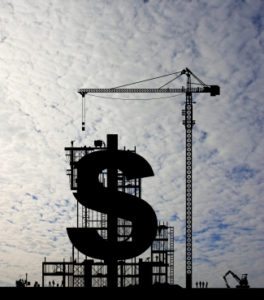 This past weekend, I played golf at a beautiful public course in southern Maryland.  (For the record, this was my sixth round of the year.  I am too busy to keep up with President Obama’s pace.  The hacker-in-Chief has played 17 rounds this year and 75 rounds since taking office.)  The ranger paired me with a local player who knew the course well and had an encyclopedic knowledge of the region.  It turns out the gentleman works for the county planning and development office.  So I asked him what kinds of projects his office was working on.

He simply said, “there isn’t any.”

One approach that may provide increased clarity for infrastructure projects is a technique called life-cycle budgeting.

Life-cycle budgeting forces politicians, regulators, and contractors to recognize the entire cost of a project before approval.  According to the non-partisan Congressional Budget Office:

In constructing new infrastructure, asset management involves evaluating total life-cycle costs—both the initial capital costs and the subsequent costs for operation, maintenance, and disposal— to ensure not only that projects are prioritized appropriately, but also that they are built cost-effectively.

All too often, initial infrastructure estimates only account for building costs.  If entrepreneurs considered only start-up costs when forming businesses, the private sector would collapse.  Businessmen in the real world need to evaluate numerous costs including overhead, operations, inventory, insurance, staffing, and more.

Unfortunately most government leaders don’t operate in the real world.

The current system offers perverse incentives for contractors to low-ball estimates in order to secure bids.  Once those bids are assured, contractors return with an open hand for more and more money.  Time and again, politicians fall for (or are complicit in) this gag, and taxpayers are left to foot the bill.

Here are a few prominent examples that highlight the failures of the present government contracting system:

While these projects are large, visible infrastructure endeavors, the same story is repeated at the local level.  Contractors make fortunes low-balling bids; and then, they repeatedly return to the public till for additional funds.

There are many lessons to be learned from the extended financial crisis.  One of them should be increased scrutiny on public infrastructure projects

The calls for government to live within its means have rarely been louder.  Life-cycle budgeting offers political leaders and contractors a tool to do just that.   More importantly, the public will know the true costs of these public infrastructure projects.  After all, it is most often the taxpayer that funds these projects; and someone needs to look out for them.