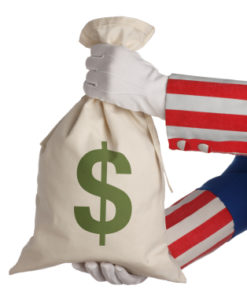 The Obama Administration officially has zero chance of living up to its lofty goal false rhetoric of being the most transparent Administration ever.  From his ninth day in office, when the President signed a bill into law without placing it on the White House website for five days as he promised, to the current behind-closed-doors debt discussions, and seemingly every step in-between, Obama has abandoned all hope of fulfilling his audacious effort.

Now, the Obama Administration is refusing to hand over a simple document request from the House Committee on Energy and Commerce’s Subcommittee on Oversight and Investigations.  The request concerns the Department of Energy’s $535 million loan to Solyndra, a California solar panel company.  Solyndra has experienced financial difficulties, and significant questions remain about how and why the loan was made. As a result, the federal government may never recoup its investment.

For four months, Obama’s Office of Management and Budget (OMB) has stonewalled Energy and Commerce Committee Chairman Fred Upton’s (R-MI), and Subcommittee Chairman Cliff Stearns’ (R-FL) efforts to uncover the truth about Solyndra’s loan.  Fed up with all the posturing and delays by OMB officials, the Energy and Commerce Committee voted last Thursday to subpoena the White House for the requested information.  Every Democrat on the Committee, by the way, voted against the subpoena (pdf).

In a statement (pdf), Stearns said,

We simply cannot allow executive branch agencies to pick and choose what they will produce, or whether they will produce it at all. We are the stewards of the taxpayers’ money, and we need to ensure that the billions of dollars appropriated for the DOE Loan Guarantee program are properly invested.

So this begs the question: what is congressional Democrats and the Obama Administration trying so desperately to cover up?

Chairman Upton sent his initial document request to OMB on February 17th, after reading news reports about Solyndra’s poor performance.  Less than two weeks prior, on February 6th, I wrote about Solyndra in the Deseret News.  I said:

Claiming ‘green energy investments’ are the route to job creation, President Obama has held up a California solar panel company as an example of what more federal spending on alternative energy can achieve. If this is the best solar success story he can find, the future looks dim.

That California company is Solyndra, which, in September 2009, received a $535 million handout from the Obama administration. Heralding Solyndra as the cornerstone of its $787 billion stimulus bill, the administration claimed at the time that the taxpayers’ investment would create as many as 1,000 jobs. In November, however, Solyndra announced it would not expand as planned and would not hire 1,000 new workers. Instead, Solyndra announced the layoffs of 175 full and part-time workers.

You can read the full article here.

This appears to be more than just another story of the Obama Administration throwing away millions of taxpayer dollars.  It’s a narrative that, if suspicions are proven valid, is about rewarding donors, playing favorites, and sheer incompetence.

On June 25, the Washington Post reported on President Obama’s close ties to Solyndra:

Some of the biggest investors in Solyndra, which makes easy-to-install solar panels, were venture capital funds associated with Tulsa billionaire George Kaiser, a key Obama fundraiser. Rep. Cliff Stearns (R-Fla.), chairman of the Energy and Commerce Committee’s subcommittee on oversight and investigations, said he is ‘concerned that there was a hurry to get this money out of the door and that companies and individuals that supported the president were among the beneficiaries.’

That is quite a coincidence!

And Stearns is right; the Administration put a rush on Solyndra’s money.  The Department of Energy awarded its very first (and largest) stimulus check to Solyndra.  In its fury to flood Solyndra with $535 million, it appears the Obama Administration even violated the loan application protocol.

congressional auditors announced that Energy Department had given favorable treatment to some loan-guarantee applicants. A Government Accountability Office report found that the department had bypassed required steps for funding awards to five applicants, including Solyndra.

This gives the impression that Obama is bootstrapping the investments of one of his largest donors on the backs of the American taxpayers.  If this is not the case, Obama and Energy Secretary Stephen Chu need to justify how and why they made such a lousy investment.

It is not as though many in the private sector thought Solyndra was ripe to make profits.  In fact, Solyndra has NEVER made a profit. Despites its poor business outlook, Obama, Secretary Chu, and Vice President Joe Biden all claimed that the $535 million was a great investment that would create those never-materialized 1,000 jobs.  The Administration held news conferences and issued press releases bragging about the Solyndra’s potential to lead the new “green” economy.  Obama even traveled to a Solyndra plant in California to promote the company.  But the trip did not go as planned.

Solar analyst Ramesh Misra, who works for the investment firm Brigantine Advisors, was skeptical about Solyndra’s signature product. Its solar panels are composed of an array of glass tubes that are expensive to produce, causing investment advisers to question whether the product could compete with less-expensive Chinese models. Misra, who has no financial interest in Solyndra or its rivals, questioned the administration’s decision.

‘To think they could compete on any basis, that took a very big leap of faith,’ Misra said.

‘Solyndra stands out,’ agreed Robert Lahey, an analyst with Ardour Capital who added that he thinks the government took a substantial risk in backing Solyndra.

This is what happens when government picks winners and losers: taxpayers lose.  President Obama is a community organizer and a politician, and Energy Secretary Chu is his employee (and a very politicized bureaucrat).  They are not investment bankers, they are not financial analysts, and neither of them have a business degree.  For them to take $535 million dollars and possibly waste it all on a terrible investment borders on the criminal.

As I said in my Deseret News column,

Obama…failed to understand the market for green energy programs. As a result, [he] irresponsibly wasted hundreds of millions of taxpayer dollars.

Alternative energy may very well play a part in America’s future, but it can only succeed through competition and innovation — not by relying on taxpayer subsidies.

If Solyndra cannot compete in the market with half-a-billion dollar loan and multiple endorsements by the President, why in the world did the federal government make such a large investment?  Did the Obama Administration grant the $535 million dollars as payback to a large donor for helping get him elected?  Unfortunately, until the DOE and OMB fully answer the subpoena and provide evidence to the contrary, that is one real possibility.