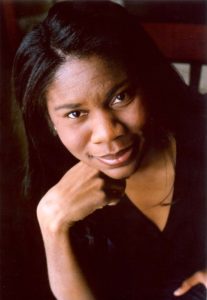 “Bravo, Mayor Nutter — I applaud you,” said Fritsch in her commentary piece published today at the Daily Caller.

In a recent speech, Nutter addressed the increasing youth violence in his city, telling young folks to, “take those doggone hoodies down, especially in summer, pull your pants up and buy a belt … learn some manners … keep your butt in school,” and “extend your English vocabulary beyond the few curse words that you know.”

In her commentary, Fritsch notes that the recent violence is a product of a much older, broken system:

…while violent ‘flash mobs’ may be on the rise and in vogue, black youth have engaged in self-destructive behavior for decades.  They have been a virulent destructive force in their communities — embracing drugs and crime, leaving a lineage of illegitimacy and thumbing their noses at educational opportunities.

Both Mayor Nutter and Fritsch point out the negative societal impact that single-parent homes have on the black community.  Fritsch writes,

‘The Immaculate Conception of our Lord Jesus Christ took place a long time ago, and it didn’t happen here in Philadelphia,’ Nutter noted.  ‘So every one of these kids has two parents who were around and participating at the time.  They need to be around now.’

The crux of the problem is the black community’s 72 percent out-of-wedlock birthrate. Until we address the role of families in our communities, we can count on riots to continue and worsen.

On Wednesday, the National Center issued a press release in support of Mayor Nutter’s stance.