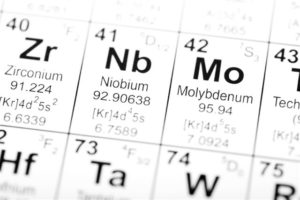 Yesterday, Solyndra, the recipient of a $535 million stimulus check, announced it was closing its doors and filing for Chapter 11 bankruptcy.  Solyndra was the very first company to get stimulus funds from the Department of Energy’s loan guarantee program. The Obama Administration touted the solar company as evidence that green technology creates jobs.  Visiting Solyndra’s facility last May, Obama said, “The promise of clean energy isn’t just an article of faith — not anymore.  The future is here.”

To borrow one of the President’s favorite phrases, “let me be clear,” no, it is not.

After its announcement yesterday, Solyndra immediately laid off its remaining 1,100 employees.

I forget; does Obama place those folks into his jobs saved or jobs created column?

The Solyndra investment was troubled from the outset.  Back in February, I wrote in the Deseret News:

Heralding Solyndra as the cornerstone of its $787 billion stimulus bill, the administration claimed at the time that the taxpayers’ investment would create as many as 1,000 jobs.  In November, however, Solyndra announced it would not expand as planned and would not hire 1,000 new workers.  Instead, Solyndra announced the layoffs of 175 full and part-time workers.

Solyndra’s failure cannot be overstated.  The Obama Administration took more than a half-billion dollars from American taxpayers and wasted it on an unwise ideological investment.  Doing the math, the Obama Administration spent around $486,000 per job lost.  Even when most Wall Street experts, venture capitalists, and private investors warned that the company was flawed, Obama didn’t listen.

I know the President didn’t go to business school, but surely someone in his Administration can read simple financial statements.  Solyndra has never even made a profit!

This story is more than just a bad financial decision.  Ample evidence suggests that the Solyndra investment was political payback.

In July, I wrote about a Washington Post article that reported an interesting connection between Obama and Solyndra.  The Post reported:

Some of the biggest investors in Solyndra, which makes easy-to-install solar panels, were venture capital funds associated with Tulsa billionaire George Kaiser, a key Obama fundraiser. Rep. Cliff Stearns (R-Fla.), chairman of the Energy and Commerce Committee’s subcommittee on oversight and investigations, said he is ‘concerned that there was a hurry to get this money out of the door and that companies and individuals that supported the president were among the beneficiaries.’

ABC News and iWatch similarly reported that the “Obama administration bypassed steps meant to protect taxpayers as it hurried to approve an energy loan guarantee to a politically-connected California solar power startup (Solyndra).”

Some might call this “Chicago politics.”  For now, let’s call it “green favoritism.”  A green-investment billionaire raises green for Obama’s campaign.  Obama takes your hard-earned green and pads the billionaire’s green investment with your green.  This whole thing has me seeing red.

The House Committee on Energy and Commerce is currently investigating the Department of Energy loan program where this all initiated.  I’ll save them the trouble.  Let’s just call it “green corruption.”

And Obama isn’t the only politician who could benefit from a basic business course at a local community college.  In my February Deseret News article, I also wrote about a politically favored but struggling Massachusetts-based solar panel company.

On Jan. 11, 2011, Evergreen Solar announced it was closing its Devens operation and moving most of its production to China.  This could send 800 workers to the unemployment line.

So how is Evergreen Solar doing today?  It isn’t.  Evergreen filed for bankruptcy earlier this month.

The lesson of Evergreen and Solyndra is a simple one.  Folks pay taxes and expect their local and national governments to provide safety, schools, roads, and common services.  They do not expect politicians to waste their hard-earned tax dollars on unsound ideological investments.  Politicians who do so violate the public trust.

When I wrote about Evergreen and Solyndra back in February, I commented that:

Alternative energy may very well play a part in America’s future, but it can only succeed through competition and innovation — not by relying on taxpayer subsidies.