ConservativeBlog.org
Posted at 11:22h in Blog by David Almasi 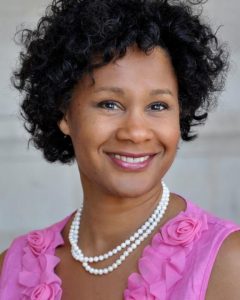 At a Labor Day rally in Detroit on Monday, Teamsters union president Jimmy Hoffa used unseemly language to take on the tea party movement, offering up organized labor as an “army” to help Obama “take these son of bitches out.”

In light of past criticism of the tea party movement for alleged angry rhetoric, much of it unfounded, and particularly in the wake of calls for civility after shooting of Representative Gabrielle Giffords (D-AZ) in January, Project 21 member Cherylyn Harley LeBon thinks President Obama has some explaining to do because he was at the rally and did nothing to temper Hoffa’s rabid enthusiasm.

Teamsters president Jimmy Hoffa’s comments at an official presidential event on Monday were unfortunate.  President Obama’s refusal to condemn them, however, raises a hypocritical angle.

Despite President Obama’s claim to want to improve the discourse in our nation months ago after the tragic shooting of Representative Giffords, Obama is essentially condoning Hoffa’s comments by not condemning them.  Obama, by saying nothing when he had a chance to do so on the spot, gave his blessing to Hoffa’s call for a “war” in which his “army” seeks to “take these son of bitches out and give America back to an America where we belong.”  Even after the fact and under scrutiny, Obama’s representatives refuse to condemn Hoffa’s incendiary statements.

It is clear from the variety of liberal comments these past weeks — including those from the Congressional Black Caucus and big organized labor — that these people are willing to say and do what is necessary to retain power.

President Obama has a responsibility to lead, but he is failing by demonstrating tolerance for reckless rhetoric that may incite violence or further degrade civil debate.