15 Sep 2011 Correction: Pebble Mine, A Gold Mine for Copper, Gold, and other Essential Minerals 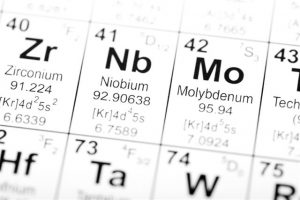 In case you missed it, CNN ran a segment the other day on “the scoop” of rare earth minerals. “Rare earths” refer to the metals that are the essentials of anything high tech. Without them, we would not have computers, cell phones, satellites, or fiber optics. Nor would we be driving hybrid cars or running any wind turbines. But the name “rare earths” may be misleading. They are in abundance, just hard to mine. The U.S. is completely dependent on exports for our rare minerals.

Guess who dominates global production of rare earths in its “race to build superior industrial and military products”? No surprise: China.

According to CNN, more than 95 percent of the production of these metals comes from China even though it holds only a third of the world’s supply. Yet as China shrinks its exports of the minerals, it becomes all the more critical that the U.S develop its own reserves of rare earths and other essential minerals.

Enter Pebble Mine, Alaska. This potential gold mine (literally), still in its pre-permitting stage, performing numerous and exhaustive environmental impact studies, sits on Alaska state land designated for mining. It contains an estimated 80 billion pounds of copper, 107 ounces of gold, and 5 billion pounds of molybdenum (pronounced MOL-ib-DEE-num). The latter is used for making industrial-strength steel alloys, needed for building military equipment and aircrafts.

Pebble isn’t just any ore deposit, it is a find in mineral terms every bit as world class as the salmon streams it borders, with an estimated value of $400 billion.

Not least in importance is the potential economic impact it could have on the most poverty-stricken part of the state with a shrinking population and high unemployment.

So while China is snapping up mineral rights for essentials like copper and stockpiling its rare earth minerals — for which the U.S. is 100 percent dependent on imports — not developing Pebble may not be a luxury America can afford forever, according to Yale professor Oswald Schmitz.

“These things are going to come to a head more and more because countries are going to claim sovereignty over rare minerals and they’re going to hoard them, and we may not have those choices,” said Schmitz, who co-teaches a class called “Linkages in Sustainability” that uses the Pebble mine as an example of the development choices made in America that have ripple effects around the world.

And yet, as with any proposal to develop our mineral resources, the environmental groups are swarming in opposition, running dishonest attack ads and claiming the mine will “tear up” the streams where salmon spawn—even though the mining site is far removed from the streams.

From Orin Seybert, a retired CEO of Peninsula Airways in Alaska who, as he says, is neither pro or anti-Pebble Mine, in the Anchorage Daily News:

I would be the last person in the world to jeopardize the Bristol Bay sockeye salmon fishery, the largest wild salmon fishery in existence. I started fishing in the Ugashik River in 1950 and made the money to buy my first aircraft, then start my airline, which of course grew to be successful supporting the fisheries industry. To this day, my children and grandchildren rely on Bristol Bay to help with their livelihood, as well as their subsistence needs.

However, the latest TV campaign by the anti-Pebble group is ludicrous. They are using a half-dozen residents of the Chignik/Perryville area (of which some are my relatives) to speak against the mine, as if they are Bristol Bay residents.

Let us look at the facts. Apparently there are very large, valuable mineral deposits in the hills west of Illiamna. In a worst case scenario, such as a dam failure or ongoing leakage of toxic material, there could possibly be two systems affected, Talarik Creek on the Lake Illiamna side, and the Mulchatna River on the Nushagak side.

Both of these streams together support only a very small percentage of the total run spawning… It is unthinkable that any major disaster in one small area of the watershed would impact the entire run.

Democrat Senator Maria Cantwell of Washington state entered the fray this week —“fishing for votes,” as some suggest—calling on the EPA to use its iron fist, a.k.a. the Clean Water Act, to stop the project. No matter that this guilty-before-tried action would violate the permit process since the Pebble project has not applied for a federal permit yet—nor has the project even been proposed.

An outraged Sen. Murkowski, the Republican of Alaska, responded:

Attempts to prejudge development in the Bristol Bay area before a permit application has even been submitted would make a mockery out of the federal environmental review process.

…a preemptive veto represents a serious violation of Alaska’s state’s right and would undermine the science-based approach long promised by this administration.

A bill pending, introduced by Republican Rep. Don Young of Alaska and Democrat Rep. Nick Rahall of West Virginia, would prevent the EPA from using the Clean Water Act to veto mining projects.

Note: This post, written Sept. 15, has been edited Sept. 16 to reflect the fact that the mineral molybdenum is not technically a rare earth mineral but, like rare earths, is essential to our nation’s development of mineral resources, particularly in light of China’s growing domination in producing minerals. I regret the error.