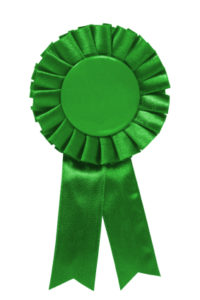 On Monday, the Natural Resources Defense Council honored Google executive Eric Schmidt and his wife Wendy for their work combining technology with environmental causes at the NRDC’s 13th Annual “Forces for Nature” benefit.

As Executive Chairman of Google, Eric has spearheaded the company’s bold efforts to improve energy efficiency and expand the deployment of renewable energy technology.

For her part, Mrs. Schmidt, “founded The 11th Hour Project and Climate Central, to break new ground in communications about our climate and the interconnectedness of living systems.”  Mrs. Schmidt has coincidentally been an NRDC trustee since 2005.

The posh benefit honoring the couple (and media mogul Arianna Huffington) was held at the American Museum of Natural History in New York City.

While this might sound like a high honor, the NRDC is not the feel-good group that it presents itself as.  Back in 2003, National Center Senior Fellow Bonner Cohen, Ph.D. highlighted some of NRDC’s less than reputable work and close connections to Democratic politicians in a paper published by the Capital Research Center.  According to Dr. Cohen:

Many environmentalist groups tug at the heart-strings to generate public support for saving the whales or protecting forests and rivers.  But the Natural Resources Defense Council plays hardball.  It relies on attack ads, lawsuits and blacklists to get its way.

Cohen also detailed how the NRDC perpetrated the Alar apple scare and has received millions of dollars from the Environmental Protection Agency.

In the coming weeks and months, more non-profit groups like the NRDC will be profiled on the National Center’s ever-expanding new website, GroupSnoop.org.  Check out the site regularly for new entries and updated profiles.

Mr. Schmidt’s award is not surprising.  While at Google’s helm, Schmidt has directed hundreds of millions in shareholder dollars to the green energy markets.  In June, I noted that Google had invested more than $680 million in green energy projects.

In a Pajamas Media article, I explained how theses investments are speculative and not in keeping with Google’s primary business model.  I wrote:

Google has come under fire recently for its lack of transparency.  Google has a long history of secrecy, but now it appears to be keeping important information from its shareholders.  The most recent controversy surrounds Google’s sortie into alternative energy investments.

Since its inception and initial public offering, Google has created immense shareholder value by focusing on its core Internet, technology, and advertising businesses.  However, in recent years Google has spent millions in alternative energy markets.  Google’s foray into alternative energy is suspicious for multiple reasons and begs for an explanation.

Perhaps the most curious aspect of Google’s green energy investments is that they align more closely with Google board member John Doerr’s personal holdings than with the company’s core business.

In response to Doerr’s personal investments and his presence on Google’s board, earlier this year, I presented a National Center shareholder proposal at Google’s annual shareholder meeting that asked the company to define a clear conflict of interest policy for its board of directors and report to the shareholders and conflicts.

Google’s leadership recommended voting against our proposal, and it did not receive the necessary votes to pass.  However, the shareholders in attendance applauded the call for transparency and openly questioned Google’s liberal allegiance to alternative energy.  Google’s shareholders are the true owners of the company, and they may end up blowing in the wind if these investments falter.  As I wrote back in June,

A liberal devotion to alternative energy policy solutions is not an acceptable business explanation for dedicating millions of shareholder dollars to an uncertain return.  Green energy companies often do not actually compete in a marketplace.  Without government subsidies and a strong renewable energy standard, many of these companies would go under.

By allying itself with the Natural Resources Defense Council, Google’s leadership is showing that its green energy investments are no accident.  However, that does not mean they aren’t a mistake.