ConservativeBlog.org
Posted at 07:10h in Articles, Blog by David Almasi 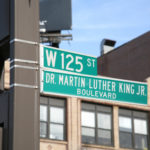 Heard the story about Microsoft’s “Avoid the Ghetto” app that tells people not to go to Martin Luther King, Jr. Boulevard?

There’s more to it than the sensational headlines and the complaints of at least one local NAACP official.

Microsoft has filed for a patent on a yet-unnamed smartphone application that reportedly will apply crime statistics to the traditional navigation software for users who might want to steer clear of high-crime areas.  But a local Dallas-Ft. Worth CBS report says that Microsoft says the company “does not comment on filed or awarded patents.”

It’s the critics, such as Dallas Branch NAACP [http://www.naacpdallas.org/Index.htm] president Juanita Wallace who are leaping to conclusions that the app is “stereotyping for sure and without a doubt.  I can’t emphasize it enough, it’s discriminatory.”

Just like when the Los Angeles NAACP chapter went after the Hallmark greeting card company in 2010 for absolutely no reason, the NAACP seems quite content to make the call before all — and in this case, any — of the facts are really known.  In the process, they are perpetrating the very same stereotype they claim to want to stamp out.

Wallace, for instance, brought Dr. King into the controversy by telling CBS News: “Can you imagine me not being able to go to MLK Boulevard because my GPS says that’s a dangerous crime area?  I can’t even imagine that.”

Unless the new app is hardwired to the car and controls its movements, neither can anyone else.

Going on the rumors about what the app will do, it will give people a choice to not go into a high-crime area.  If it’s going by statistics, any neighborhood risks getting flagged depending on the sensitivity of the settings and likely without any regard to race, gender or class.

Michael McNally, a tourist to Dallas who was interviewed for the CBS News story, said about the Big D: “It may have a high crime problem, but [it has] some great cultural, social things you can do there.”

Exactly.  McNally can download the app to his phone, dial up a music club in the same neighborhood in Dallas with the highest murder or robbery rate and completely ignore the app’s alerts if he chooses to do so.

So why did Wallace make the generalization about Martin Luther King Boulevard?  Ask Chris Rock.  In one of his comedy acts (as transcribed by The Grio web site), Rock cracked wise:

In a more serious assessment written in 1998, Project 21 member Kimberley Jane Wilson wrote about her own experience on a street named after Dr. King.  Kimberley noted:

All across black America, there are Martin Luther King streets, avenues, drives and boulevards and each has one major thing in common with this MLK bridge: they all lead to the most crime-ridden parts of town.  What is also shocking are the number of schools named after Dr. King that have metal-detectors, cops, birth control centers and gang containment programs — not to mention tragically-low test scores.

Kimberly complained that the link came due to “urban mayors and city councils across this land [who] decided to throw a bone to the black community by naming something in town after the late reverend.”  That notion is backed-up by Clement Price, a historian at Rutgers University, who calls such acts “a cheap way to honor Dr. King.  It [doesn’t] require anything but a city ordinance and a few street signs.”

Then again, there are those who might take offense if there is no MLK Boulevard in their city.  East Carolina University geography professor Derek Aldermansuggests:

They’re not just ways of getting your mail delivered.  People invest a great deal in their street identity.  Change a street name, and you change the way people think about their city.  It’s where ideology meets asphalt.

So name a street after Dr. King or not.   Both will likely cause someone to scream racism these days.

But not all roads named after Dr. King are high-crime areas.  That generality comes from those claiming to defend his good name.

After hearing Rock’s generalization of MLK Boulevards, University of North Texas graduate student Eric Katzenberger did a study of the 730 thoroughfares that he found named in America after Dr. King.

Katzenberger found most of them in the south — but not exclusively.  Most, not surprisingly, are in black neighborhoods.  Also, the residents there are usually poorer than peers living elsewhere.  And 14 percent of them contain households with single mothers — twice the national average.

But Katzenberger also found “diversity” in the naming process.  One naming occurred in the wake of a hate crime committed on the street.  He found that MLK Boulevard in Dallas used to be named after a founder of the Ku Klux Klan.  And there are more than a hundred streets named after Dr. King in white neighborhoods — even as many as 30 in what are considered to be “wealthy, exclusively white neighborhoods.”

Like Kimberley, Katzenberger also wonders if many of the designations are motivated to appease residents, but he ultimately considers it “a puzzle in need of further investigation.”

Kimberley, perhaps generalizing a bit herself, nonetheless properly put the onus on people such as the NAACP’s Wallace to actually do something rather than just complain about what might (or might not) be.  In her commentary, Kimberley wrote:

Does black America remember that Martin Luther King, Jr. was raised in a staunchly conservative and deeply religious home on a quiet middle-class street?  Has black America forgotten the ambitious young striver who was admitted early to Moorehouse College?  Surely someone recalls that Martin Luther King Jr. had a dream of equality and the hope that one day blacks could finally be allowed to take their place on the forefront of the American scene?  Why isn’t black America outraged that his name is attached to the crime-ridden ghettoes and schools where no one is learning?  What kind of tribute is this to Dr. King’s legacy?

Whatever the motivation, it’s largely up to a community to clean itself up.  As Project 21 spokesman Stacy Swimp adds: “If people don’t like it, do something about it.”  Stacy notes that the failure of some urban “enterprise zones” can be linked to community indifference, saying: “You can’t make someone feel safe when an area isn’t safe.”

Ultimately, the problem is morality — not Microsoft.  When the app comes out, if it actually does come out after this NAACP-generated controversy, it will likely flag high crime areas.  Warnings will attempt to steer drivers clear of white neighborhoods, black neighborhoods and all neighborhoods where low moral values have given way to open incivility and a cheapening of human life.

This is the problem that Juanita Williams, the NAACP, Chris Rock and others concerned about the reputations of streets named after Dr. King need to deal with right now.  People and attitudes — not the 1s and 0s of app software — need to be changed.