ConservativeBlog.org
Posted at 06:11h in Articles, Blog by David Almasi 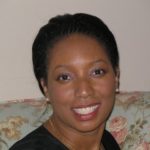 A little over 24 hours ago, when the world was a much different place, the Susan G. Komen for the Cure breast cancer charity enjoyed newfound supporters and a 100 percent increase in fundraising returns due to a decision to sever ties with the controversial Planned Parenthood, a womens’ services and abortion provider.

But, after savage criticism from the left, Komen backed down and agreed to consider funding Planned Parenthood again in the future.

Between the flip and the flop, Project 21 spokeswoman Stacy Washington noted that Komen was “right to shy away from partnering with any organization with a history such as this — much less being under investigation.  In doing so, they have received praise from past critics who now will support the organization.”

But then came the flop.

In a stunning display of cowardice, Susan G. Komen for the Cure has reversed itself and reinstated funding after a firestorm of criticism from the pro-abortion mob.  In essence, they cannot make their own decisions about where their grants will be directed.  As is the norm with Planned Parenthood, if you partner with the Hotel of Death the following rule persists: you can come in, but you can never leave.