Posted at 06:04h in Articles by The National Center 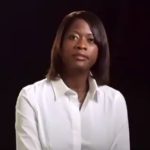 At the 2012 Conservative Political Action Conference, convening this week at the Marriott Wardman Park hotel in Washington, D.C., participants have the opportunity to see Project 21 fellow Deneen Borelli in “Fire From the Heartland.”

From Citizens United Productions, “Fire From the Heartland” is billed as the “first-ever film to tell the entire story of the conservative woman in her own words.”  Deneen is joined by Phyllis Schlafly, Michelle Malkin, Representative Michelle Bachmann (R-MN) and others, discussing the part women played in building America and how conservatism has played a central role in that development.

“Fire From the Heartland” will be screened on Thursday, February 9, at 11:00AM eastern in the CPAC Theater at the Marriott Wardman Park and is open to all CPAC attendees.

Deneen and Tom Borelli will be at CPAC 2012 as well.

To follow is a trailer for the film that includes Deneen: