ConservativeBlog.org
Posted at 05:59h in Articles, Blog by David Almasi

As police were clearing out scofflaw Occupy D.C. protesters from McPherson Square in the nation’s capital, police in nearby Hagerstown, Maryland were clearing shoppers out of Valley Mall because of rioting that broke out there over shoes.

While D.C.’s Occupy locations are among the last of those kinds of protest encampments left, the sneaker riots unfortunately seem to be continuing unabated.  Are we in for “sneaker spring” uprisings as the economy continues to stagnate and people continue to fixate on petty extravagances such as high-priced athletic shoes?

Last summer, this sort of boorish behavior first began receiving national attention when “flash mobs” robbed stores in flurries of unstoppable criminal behavior.  In December, shopping malls become riot scenes — replete with assaults and looting — when not everyone could get their own pair of Nike’s Air Jordan XI Concord sneakers.

Over this past weekend in Maryland, it was Nike’s new Foam sneaker.  At Valley Mall, it was reported that around a dozen police officers cleared out the approximately 150 people battling over 90 pairs of the shoes.

Project 21 has long been a critic of self-appointed community leaders who meekly stand aside as morality declines in their neighborhoods.  Project 21 spokespeople are condemning the obvious moral decline that is plaguing America right now, and have been quick to commend those springing to action as well as those who choose to ignore or perpetuate the problem by trying to redirect blame from people who need an infusion of the values that helped make America great.

But while violent “flash mobs” may be on the rise and in vogue, black youth have engaged in self-destructive behavior for decades. They have been a virulent destructive force in their communities — embracing drugs and crime, leaving a lineage of illegitimacy and thumbing their noses at educational opportunities.

Until recently, this problem was confined to urban communities.  Now that it’s spreading, people are taking notice.  The mobsters obviously think the ghetto is now too small for their devious diversions.  They’ve acquired a taste for the finer sections of town.

In this bleak economy, cities cannot afford to have residents afraid to leave their homes. It’s an awakening that’s long overdue.

The tough love of curfews and community action are a good start.  And, while Mayor Nutter’s comments on the state of the culture is exactly what needed to be said, it was his candid spiritual estimation of the situation that gets to the root cause of the problem of the decline of morality in the black community. 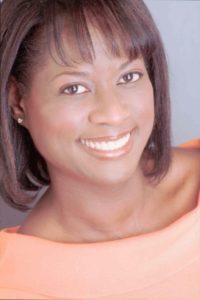 These instances point to a moral breakdown of our society — especially among young people with misguided priorities who are not held accountable for their actions.  Morals have seemingly taken a back seat to things that are thought to be worth more than respect.

Why are black leaders largely mute about this bad behavior?  Where were the voices of black leaders standing up against the “flash mobs” in 2011?  Why isn’t the White House decrying its former colleague for publicly preparing for what he refers to, and one must assume, is hoping to help instigate, a “turbulent” year?

Actions have consequences. To continue on this destructive path will result in a bleak future that for many will include violent acts, incarceration and even early death.

Our country is in vital need of a morality surge in which parents, grandparents, church members and lawmakers all play a role.

There are thousands of misguided youths who desperately need love, guidance and discipline on a consistent basis.  This would help put them on a path towards personal responsibility and success.

Both Lisa’s and Deneen’s New Visions Commentaries were initially published on the Daily Caller web site.  As this problem continues, these won’t be the last times that Project 21 members speak out about America’s moral decline.