ConservativeBlog.org
Posted at 05:37h in Blog, Health by Amy Ridenour 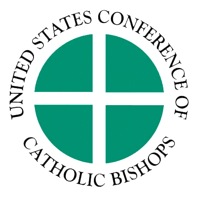 President Obama’s “compromise” mandatory birth control/early abortifacient regulation, announced today, has a huge problem within it the White House should have foreseen. If it didn’t, it is incompetent; if it did, it is going out of its way to offend Catholics and others opposed to the mandate on religious grounds.

Specifically, the White House claims that religious institutions will not be indirectly funding birth control and early abortifacients under the new, compromise, mandate, because health costs go down when women (not men?) use birth control. Thus, the White House argues, there no employer-to-insurer subsidy occurring when a religious employer triggers the mandate, as the insurer will pay for the benefit out of “savings.”

Here’s the problem: The “savings” substantially comes from pregnancy avoidance. That’s what religious-based opponents of the birth control/early abortifacient mandate objected to in the first place.

The Catholic Bishops can’t accept Obama’s alleged compromise without compromising the principles that brought them into this debate.