Posted at 05:01h in Articles by The National Center

After Monday’s opening rally, Tuesday’s “Occupy Occupy D.C.” event at Washington D.C.’s Freedom Plaza was more sedate.  After all, it was Valentine’s Day.

National Center staff arrived with candy, a red monkey and red signs with a Valentine’s Day theme.  While the Occupiers appreciated the candy, some Occupiers were ornerier than yesterday. 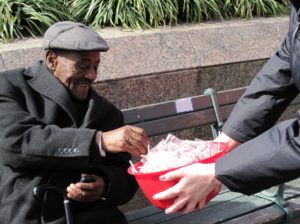 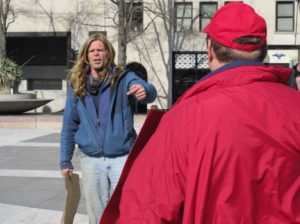 Well, not Barry.  He doesn’t seem to like candy, but he really hates the U.S. Supreme Court decision in Citizens United v. Federal Election Commission. 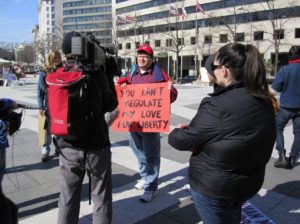 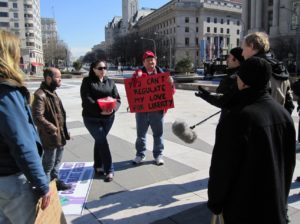 So is National Center director of administration Devon Carlin. 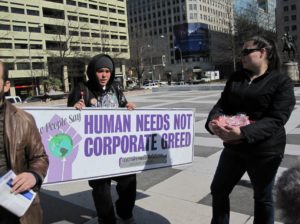 This occupier is enjoying a lollipop in this photo, but his real love was for the chocolate coins.  Maybe there’s a little One-Percenter in his after all. 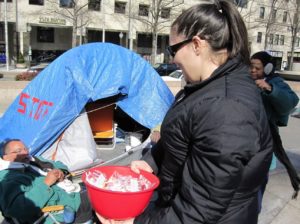