ConservativeBlog.org
Posted at 16:43h in Blog, Health by Amy Ridenour 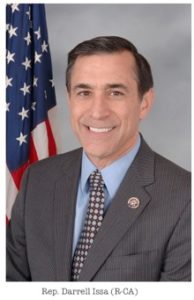 To prove it is very important to hear from women, one of the male Democrats read aloud the banished law student’s testimony. Here’s the gist:

The health care plan for students at Georgetown Law, a Catholic University,* covers birth control for health reasons. Unfortunately, Law Student B ran into red tape** getting the pharmacy to agree it was covered, so she paid for it herself instead. After three months, Law Student B stopped taking the pills because she couldn’t afford them.

The male Congressman made no mention of any effort to resolve the red tape issue during or after those three months.

One day, Law Student B woke up with pain as the cyst had grown to the size of a tennis ball. Doctors removed that ovary. Now Law Student B, age 32, is having hot flashes and other symptoms that indicate that she might be in early menopause which might have been triggered by the removal of one ovary. If she is in menopause she will not be fertile anymore.

And one more thing: Law Student A volunteered that Law Student B is gay, and never had any interest in birth control. However, birth control is what the Democrats wanted the hearing to be about (the Republicans said it was about protecting freedom and the First Amendment).

So the female Members of Congress essentially walked out to protest a woman not being invited to tell a story about a friend of hers that had nothing to do with what neither the Democrats nor the Republicans wanted the hearing to focus upon.

* Despite rumors to the contrary, the Catholic Church does not have a moral objection to the use of birth control drugs for medical purposes or to providing health insurance coverage for same.

** If Law Student B didn’t like the red tape of a university-based health care plan, just wait until she sees the red tape in the government-run system we’re about to have. (Just ask Britain or Canada.)