ConservativeBlog.org
Posted at 16:24h in Articles, Blog by David Almasi

Won’t someone think of the children!? 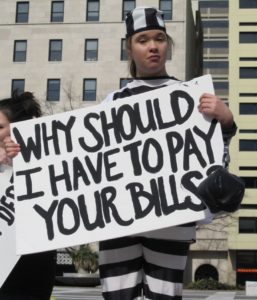 Kate and Chris — just 12 and 11 years old, respectively — arrived at Freedom Plaza with the shackles of tens of thousands of dollars in debt encumbering them.  They don’t have a gambling problem or a shopping addiction.  They assumed this debt simply by being Americans. 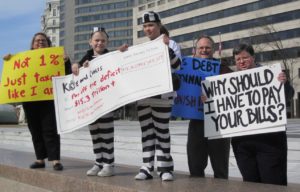 Dressed in prison garb, Kate and Chris were joined by National Center staff and supporters on Friday at noontime to protest the spiraling national debt that will continue to imprison them, as well as their children and possibly even their grandchildren.  Something needs to be done about the government’s addiction to spending. 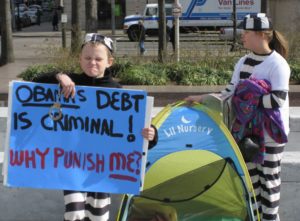 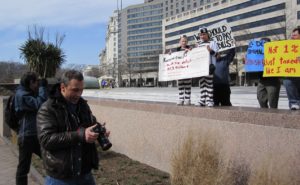 As with all of this week’s events, National Center activism was a big hit — garnering a lot of positive attention. 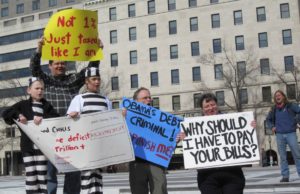 With the exception of Occupier “Barry,” of course.  Barry (far right, for once) is never happy when he sees the National Center contingent arrive. 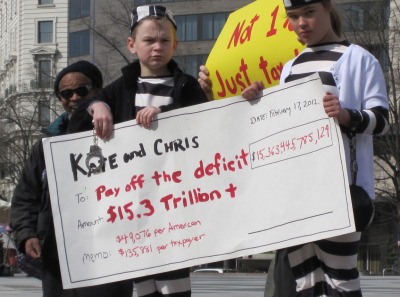 But Occupier “Rodney” (left) is always a good sport, and has been a fan of the National Center’s activism.

In less than the space of a workday, the debt that Kate, Chris and the rest of us are having to deal with rose more than a billion dollars.