ConservativeBlog.org
Posted at 23:11h in Blog by David Almasi

At Freedom Plaza on Thursday — at noontime — “Occupy Occupy D.C.” members will participate in a “lunch-in” in support of the four-year-old girl in North Carolina who was denied her home-packed lunch in favor of chicken nuggets.  In January, her lunch was determined to be inconsistent with federal nutrition guidelines. 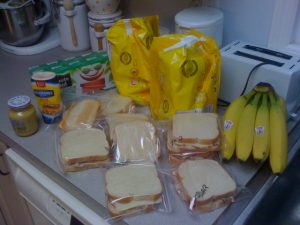 Those in attendance will experience fine-dining that includes turkey and cheese sandwiches, bananas, chips and apple juice — the same meal the U.S. Department of Health and Human Services deemed insufficient.

It’s trendy for nursing mothers to engage in group breastfeedings to protest businesses that don’t accommodate them. But it’s becoming very clear that these mothers’ abilities to feed their children on their own terms are more at risk later in life.

National Center Internet consultant Jennifer Biddison, who is planning to bring her kids to Freedom Plaza for the seditious lunch, said: “Even though my four-year-old and two-year-old will both be starting at public schools in a few months, I did not agree to let the government make every decision about how they are raised. Just because I choose to let government schools teach my kids math and reading doesn’t mean I want them to dictate other things such as how they will eat. I’m quite content with the way I am raising them, and I ask the government to honor my choices in such family matters.”