ConservativeBlog.org
Posted at 13:21h in Articles, Blog by David Almasi 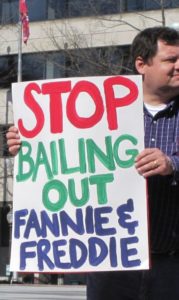 There was no acrimony on Freedom Plaza today as the left and right agreed on at least one thing: bailouts are bad policy. 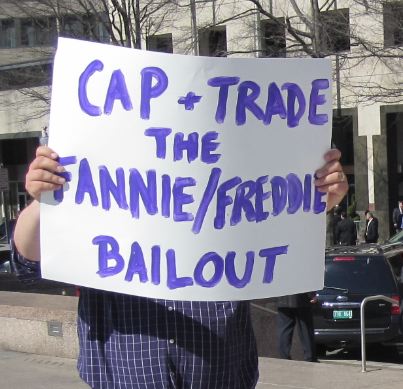 Members of the National Center’s “Occupy Occupy D.C.” street team’s noontime protest urged the government not to continue its bailout of Fannie Mae and Freddie Mac.  Already, the two quasi-governmental mortgage giants have received over $160 billion in taxpayer bailouts that some estimate may end of costing over $220 billion or more unless the spigot is turned off sooner. 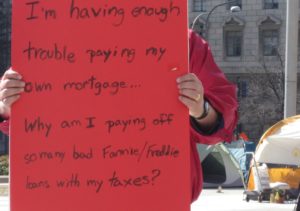 That means that hard-working taxpayers who have mortgages of their own are going to be responsible for the bad debts of others who are defaulting on their home loans. 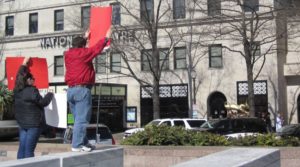 The message of the National Center today got the thumbs-up from Occupy D.C. regulars such as Barry, Rodney and Mike.  A competing Occupy D.C. protest — likely from the dwindling encampment at McPherson Square — that was also against Fannie and Freddie passed by. 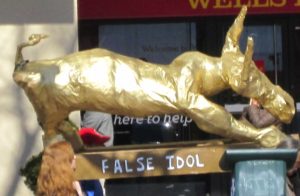 Those protesters were on their way to demonstrate outside of Freddie Mac’s downtown headquarters.  Apart from Occupy Occupy D.C., however, these progressives seemed more interested in getting individual debt relief than seek more long-lasting free-market alternatives to the home loan crisis such as capping bailout amounts and moving that debt from taxpayer responsibilities to private institutions that have might more effectively deal with problem loans.

But Freedom Plaza had a better audience.  There were 50 governors there to see the National Center’s message.  Right across the street from the plaza, at the J.W. Marriott hotel, all of the nation’s governors were gathered for their winter meeting. 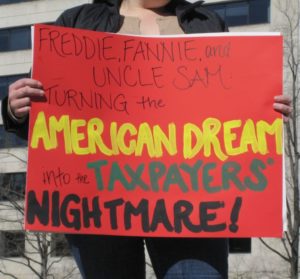 While they have little to do with the mortgage crisis right now, since Fannie and Freddie control almost all new mortgage loans, there’s no telling what jobs these lawmakers will have next — perhaps as a senator or as president — and what they may have taken away from seeing the National Center’s people on the plaza this afternoon.