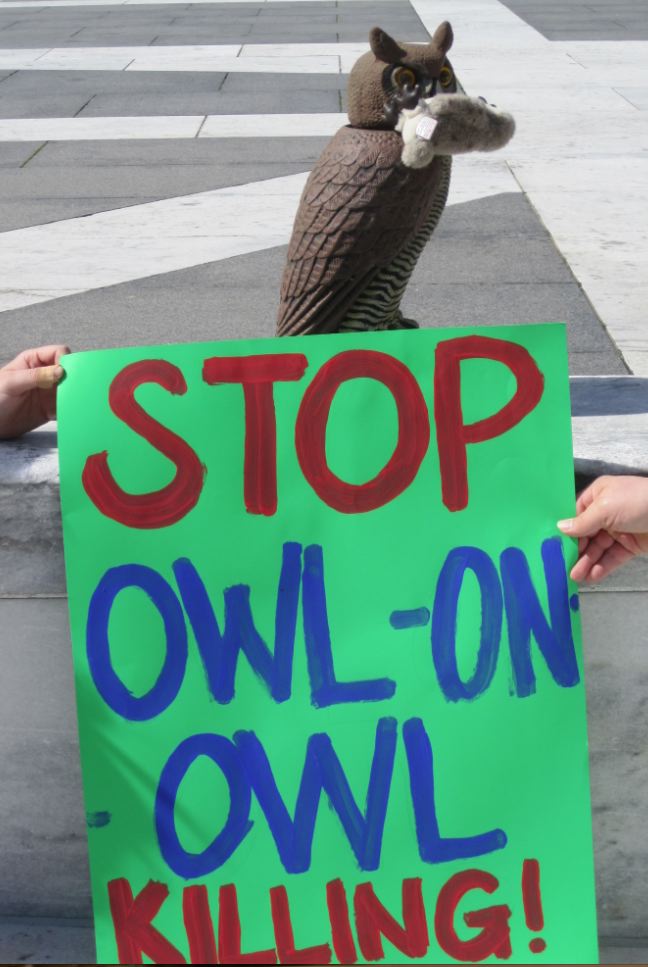 Roaring into March like a lion, members of the National Center for Public Policy Research’s “Occupy Occupy D.C.” street team rallied on Thursday against the Obama Administration’s new policy to kill the barred owl in the Pacific Northwest in deference to the spotted owl. 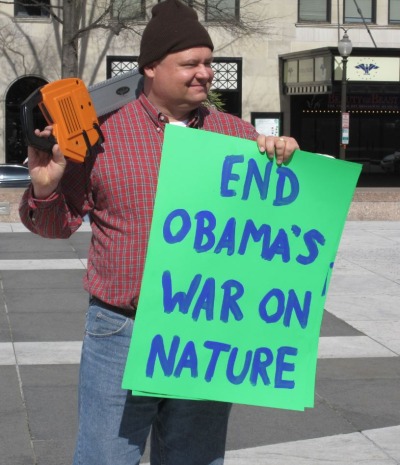 After more than two decades of setting aside millions of acres of woodland and dramatically scaling back the forestry industry in Washington, Oregon and California, the amount of spotted owls — which are designated as endangered under the Endangered Species Act — has declined by approximately 40 percent.  A new plan has been announced by the U.S. Department of the Interior in which the genetically-similar barred owl is designated as a threat to the spotted owl and will be targeted for termination.  Hundreds of barred owls may be executed by shotgun under the federal directive. 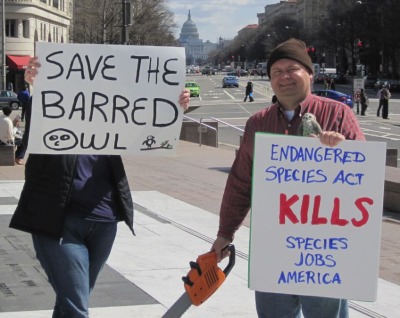 Obama has picked winners and losers when it comes to bailouts, handouts and where we can get our energy.  Now he’s playing God by favoring one animal over another.  Virtually shutting down the timber industry in the Pacific Northwest didn’t work, so now the plan is to shut down the barred owl.  It’s unreasonable, and the answer is to rethink our government’s unsustainable endangered species regulations. 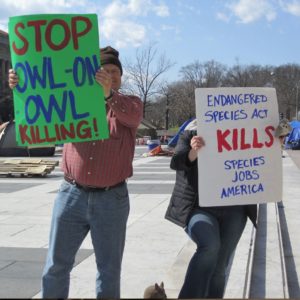 After decades of sidelining the once-thriving American timber industry and taking the food out of the mouths of loggers’ children to allegedly protect the spotted owl, the green bureaucracy is still not happy and has declared war on the environment.  One owl is being sacrificed for another.  Where is the respect for the laws of nature?  The one thing we do know from this travesty is that the Endangered Species Act is out-of-control and desperately needs to be reformed.