ConservativeBlog.org
Posted at 08:01h in Blog by Amy Ridenour 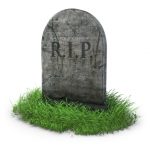 After so many taxpayer dollars were redistributed to businesses favored by the Obama Administration — businesses that later went bankrupt or failed to live up to expectations — members of the National Center for Public Policy Research’s “Occupy Occupy D.C.” street team will set up a graveyard to memorialize the squandered money used to further the crony capitalist agenda of the Obama administration.

“Solyndra. Ener1. Fisker. We knew them well. They happily took our money, and now it’s gone. We will never see it again. Now is the time for mourning,” said David Almasi, executive director of the National Center for Public Policy Research and director of the National Center’s “Occupy Occupy D.C.” project. “Obama seems to think all it takes to succeed in America is money, and he decided to take ours to chase his green energy dreams. He obviously didn’t realize the free market does not abide crony capitalism. This is the graveyard of Obama’s broken stimulus dreams. This memorial will hopefully give the taxpayers closure, letting them come to terms with the billions spent in their names to try to further the Obama political agenda.”

The National Center’s crony capitalist graveyard will cite at least 20 examples of companies that were given taxpayer dollars that either declared bankruptcy or suffered layoffs or similar other crippling circumstances. Each instance will be marked with a headstone and the amount of money lost.

“Wind, solar and geothermal companies may play a vital part in America’s energy future, but only by competing in the free market,” added the National Center General Counsel Justin Danhof. “But green energy subsidies are bothersome because they are akin to borrowing from Peter to pay Paul. But it’s the direct taxpayer investment to prop up Obama’s green energy cronies, the failures of which are memorialized in this graveyard, that is the real tragedy here. Despite the unnecessary risks and the poor results, Obama has taken no responsibility and has left taxpayers flailing in the wind.”

The National Center has obtained a five-week permit for Freedom Plaza in order to share the plaza with left-wing “Occupy D.C.” protesters. Since February 13, it has sponsored noontime events every weekday.

Occupy Occupy DC thanks InfluenceHaus for the contribution of social media services.