ConservativeBlog.org
Posted at 09:52h in Articles, Blog by David Almasi 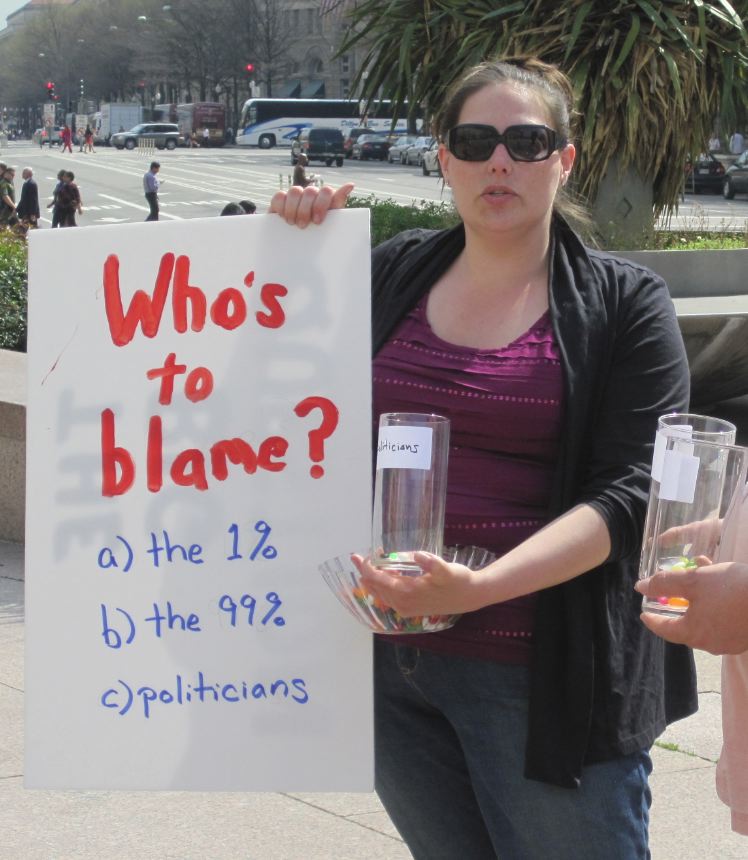 After 23 days of providing a free-market counterbalance at Washington, D.C.’s Freedom Plaza, is the 1% still public enemy number one? 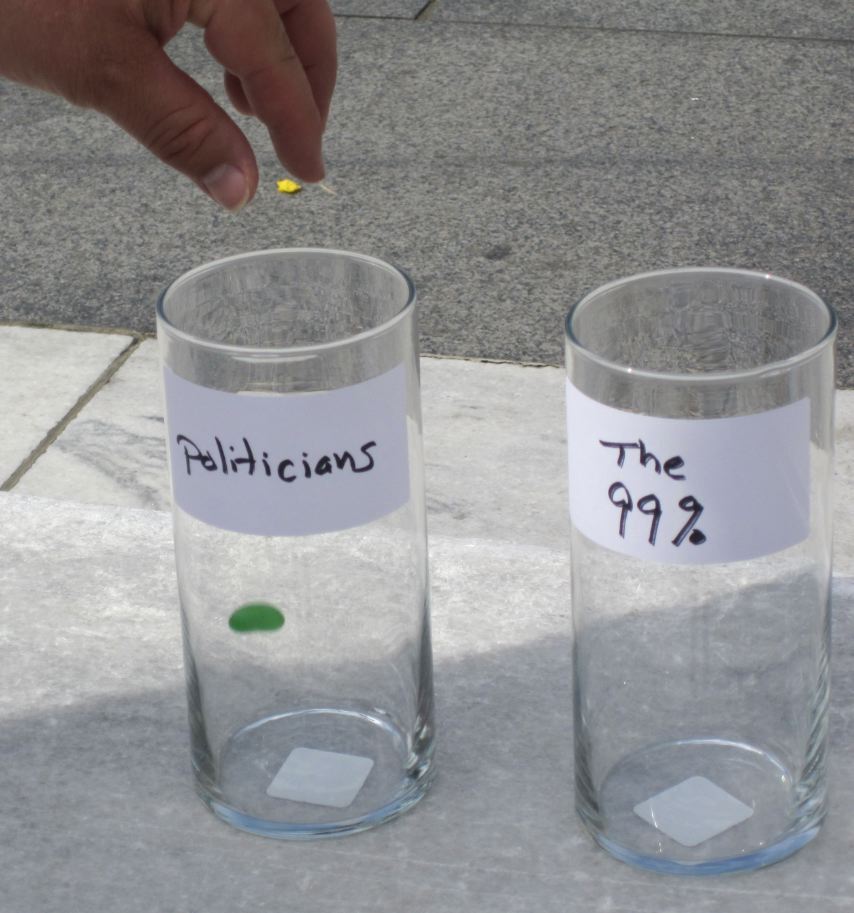 On this last day of the National Center’s permit, the “Occupy Occupy D.C.” street team conducted a unscientific jellybean poll to find out who people really think is to blame for the economic and social ills that the Occupy D.C. protesters have been complaining about since arriving at the plaza last September.  Is it the wealthiest 1%, the 99% or the politicians?

The first vote blamed the politicians. 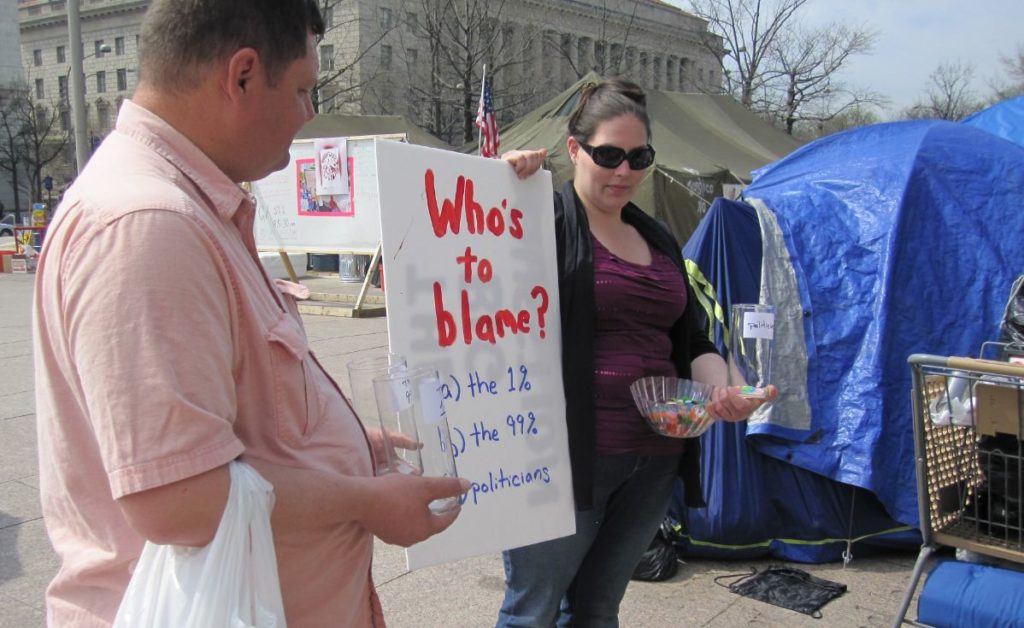 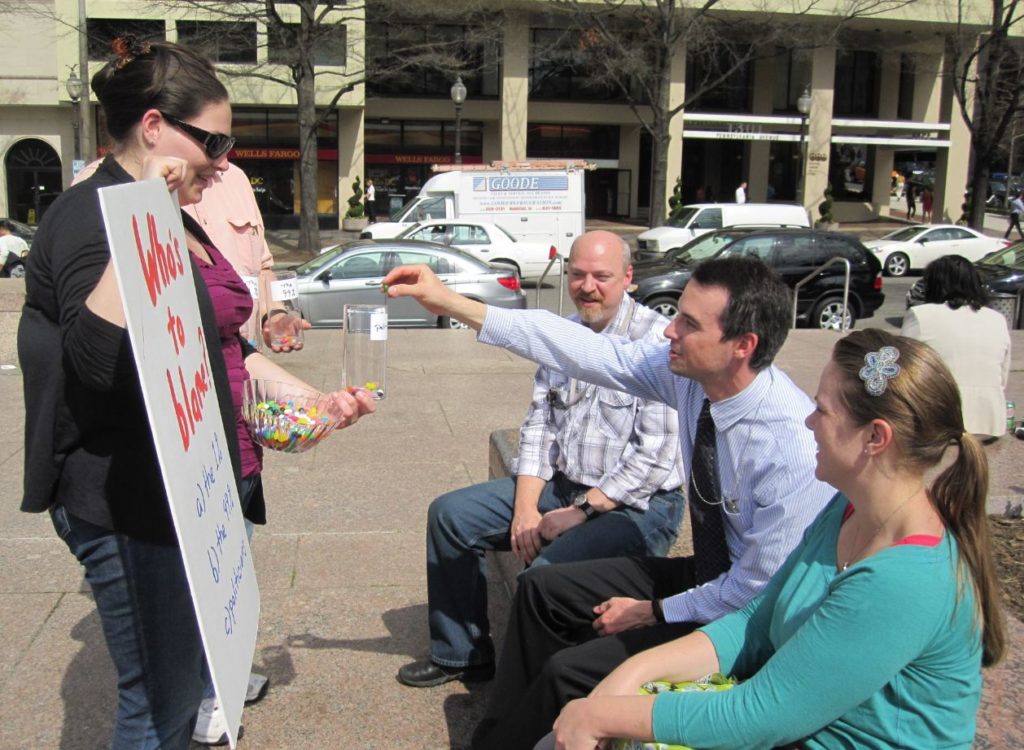 Among the general public, some wanted to blame all three and could not (or would not) make a choice. 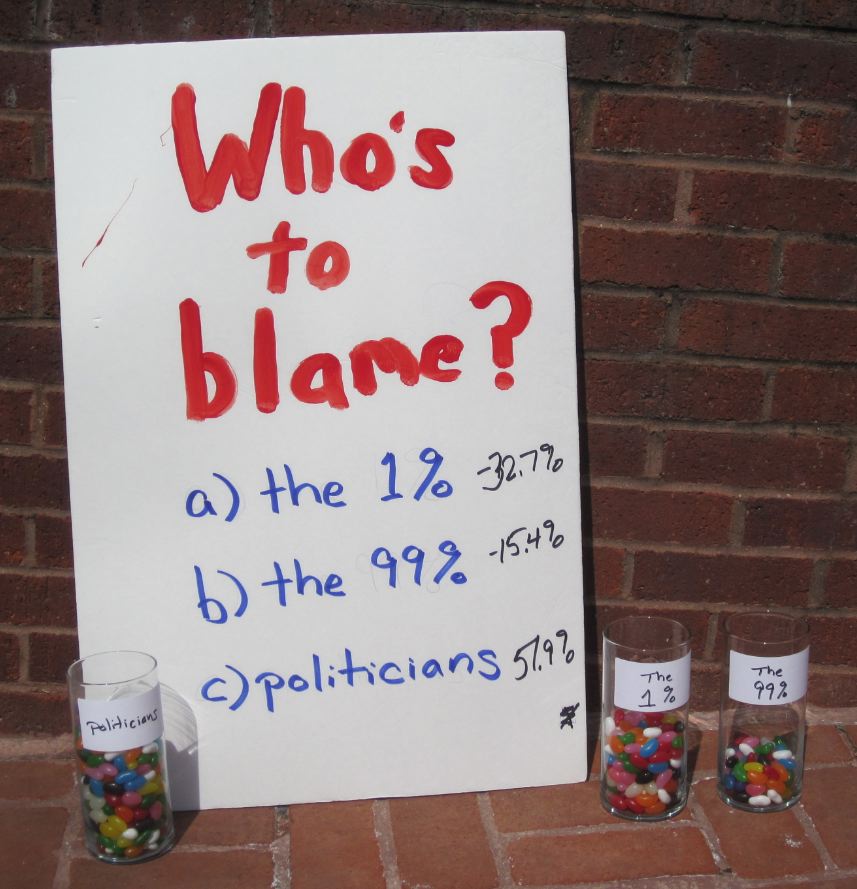 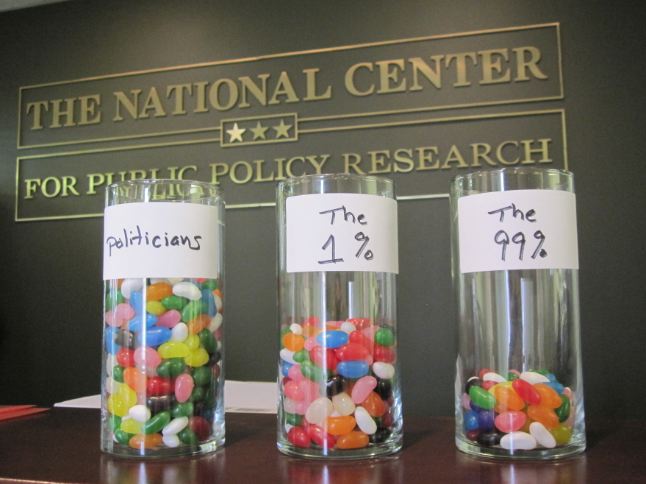 But this person was the real winner. 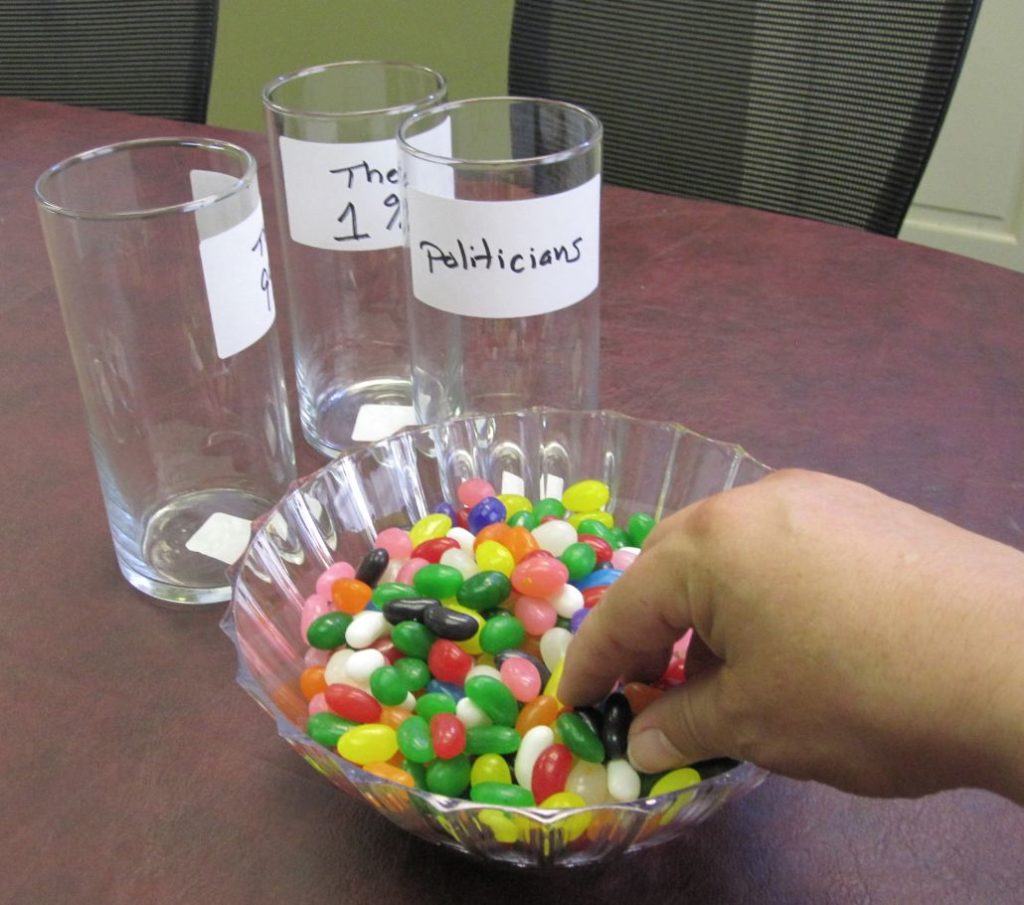