Posted at 05:33h in Health by The National Center 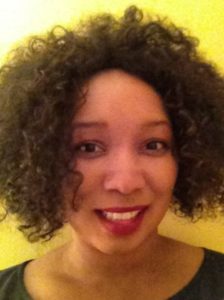 A Herbert spokesman said the waiting period, which begins after a face-to-face meeting with an abortion clinic worker where the status of the unborn child and non-abortion options are presented, “allows a woman facing such a decision time to fully weigh her options, as well as the implications of the decision.”  There is a medical exception included in the legislation.

Project 21 spokeswoman Stacy Washington applauds Utah’s new law, suggesting that giving a woman the time to properly think things through may make all the difference when it comes to preserving human life:

Any measure that gives an unborn child’s mom the opportunity to consider the life-long implications of an abortion is exactly what legislators should be doing.

To illustrate my point, the Chiaroscuro Foundation’s NYC41percent.com web site provides a startling graphic on abortions by New York City zip codes.  It shows an abortion rate of over 60 percent in one zip code in Brooklyn alone, and 41 percent overall.

The goal of abortion proponents is to make abortion as readily accessible and easy as possible to obtain.  And quickly.  In New York City, efforts to meet this goal creates a bloody terror.

On the other hand, lawmakers in Utah enacted a law ensuring that the fate of New York City does not become their own.  Close to half of the babies in New York City are aborted.  The assertion that all women there are making an informed and well-thought out choice simply cannot be true.