ConservativeBlog.org
Posted at 05:19h in Articles, Blog by David Almasi 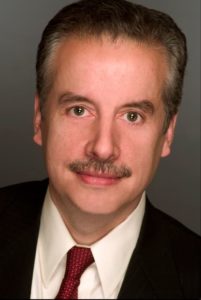 As early as today, the White House may issue a new rule that effectively imposes an economic block against the creation of new coal-fired power plants in the United States.  It will hobble an industry currently creating approximately 40 percent of the nation’s electricity.

It’s an action that Sierra Club executive director Michael Brune tells the Washington Post “captures the end of an era.”  The Obama Environmental Protection Agency’s “New Source Performance Standard” will severely limit the amount of carbon dioxide allowed to be released from newly-constructed power plants to no more than 1,000 pounds of carbon dioxide per megawatt of electricity produced.  Since, on average, coal plants emit amount 1,768 pounds of carbon dioxide per megawatt, National Mining Association spokesman Luke Popovich says the rule is “deliberately calculated to drive affordable coal out of the electricity market” because it is prohibitively expensive to comply with the Obama CO2 ceiling.

It is prophesy fulfilled.  As a candidate in 2008, Obama told the San Francisco Chronicle that his presidential energy policy would not prohibit the construction of new coal-fired power plants, but “[i]t’s just that it will bankrupt them because they’re going to be charged a huge sum for all the greenhouse gas that’s being emitted.”

The EPA’s New Source Performance Standard will essentially end the use of coal as a power source in our country.  The proposed regulation will ban future construction of new coal-fired power plants and force utilities to use other power sources such as natural gas, wind and solar power.

Through the regulatory boot of the EPA, President Obama is bankrupting the coal industry.