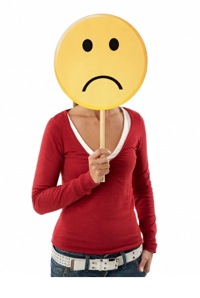 I am amused to see, on an undeniably left-wing, though oddly-named website, the “World War Four Report,” a criticism of of the National Center for Public Policy Research for, of all things, having a “neutral” name.

That’s the left for you. Always finding something to criticize that has nothing to do with the facts of a case, and not even getting that right. We’re hardly alone. Does “The Brookings Institution” sound liberal on its face? Does the name of the “American Enterprise Institute” sound like a center-right outfit plus Norman Ornstein? Does the “Center for American Progress” sound like propagandists pushing policies promoting totalitarianism and bankruptcy? Does “The Heritage Foundation” sound like the most useful of the lot?

Nope, you have to dig a little deeper than the letterhead, and that’s where we lose the left.

What has “World War Four” upset (what kind of a ridiculous name is “World War Four,” anyway?) is the good news in Bonner Cohen’s op-ed about America’s increasing access to inexpensive natural gas and its benefits for U.S. energy independence (not to mention jobs). Nothing gives liberals the hives like cheap, plentiful energy, unless it is a strong United States, so I can see why a combination of both has them so irritated.

But for Americans generally, Bonner’s article on natural gas is great news:

‘Energy independence,’ long an empty promise gladly served up by crafty politicians eager to curry favor with unwitting voters, might be a lot closer than even the most starry-eyed dreamer could have imagined only a short time ago.

The country is in the grip of what has rightly been called the ‘shale energy revolution.’ It is a revolution because it overthrows the existing order and casts aside long-standing assumptions about America’s energy future. It’s all about shale — fine-grained sedentary rock composed of mud, clay and silt — and our newfound ability to convert it to affordable energy.

In the space of a few short years, the United States has become the world’s largest producer of natural gas. In 2000, shale accounted for just 1 percent of U.S. natural-gas supply. By 2011, it was 25 percent, and by 2030 it could easily be 50 percent or more. Once burdened with some of the highest natural-gas prices in the world, the United States is now a low-cost producer of a fuel that provides Americans with roughly 25 percent of their electricity.

Hydrocarbons exist in plentiful amounts in the extremely low-permeability — or tight — shale beds that underlie much of the United States, but these resources were not economically recoverable. What has changed is our ability to get at them and extract them in a commercially viable and environmentally responsible fashion. Two companion technologies — multi-staged hydraulic fracturing and horizontal drilling — have made this possible…

Read the rest here. If you like America and want her to prosper, anyway.