ConservativeBlog.org
Posted at 15:14h in Articles, Blog by David Almasi 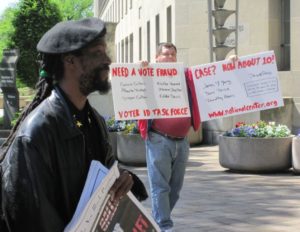 Remember when MSNBC, the NAACP and the rest of the liberal crowd was fixated on perceived Tea Party racism and extremism?  It was all they seemed to talk about in 2009 and 2010, yet they were never be able to find a smoking gun.

While it could be said that their failure is because there is nothing to find, one can’t help but also figure they are clumsy investigators.  After all, how could such altruistic groups not be outraged at the very blatant and obvious racism and extremism of the New Black Panther Party?  And how could they fail to see the latest racist and extremist craziness coming from high within the Party’s ranks?

First, there’s the latest issue of the NBPP’s The New Black Panther newspaper (“America’s fastest growing black national newspaper”).  It’s cover story — The Ballot or The Bullet: Which Way for Black People? — is very hostile to President Obama.  The cover alone seems to beg for a violent response.

In the paper, NBPP chairman Malik Zulu Shabazz writes about Obama: “The black community is no better off that [sic] before he was in office.  We are curious as to what his agenda is for Black people in America and if he even has one.”  Shabazz adds: “Black America, you must decide who will best represent you in 2012.  You must decide if you will choose the ballot as a means to change, or the bullet… [D]emanding change does come by any means necessary.”

Chawn Kweli, the paper’s editor, is also very ungracious in his demeanor toward the President.  He writes: “With strategy, Obama will sing a little Al Green, do a little dance and win black votes.  Sadly, like obedient sheep’s [sic], we go to the polls and vote for ‘Black skin,’ no matter how destructive the policies.”

Very angry.  Very racial.  And very much not on the radar screens of liberal watchdogs. 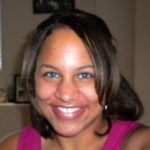 Project 21 spokeswoman Shelby Emmett comments on the double standard that critics of the Tea Party movement are exhibiting in the face of true racial hostility:

It’s almost funny.  When a conservative says something even remotely similar to this, it is racist.  You can’t hear enough condemnation of it.  When the far-left black nationalists say it and really mean it, all you hear are crickets.

And then there is our old friend King Samir Shabazz, the NBPP’s national field marshal.  In a new screed attributed to him that is posted on the Internet (warning: extreme content), Shabazz advocates violence against white people.

He says, among other things:

I hate the white man.

There is no such thing as a black KKK.  Because you should be thankful we’re not running around her hanging crackers by nooses and that kind of stuff yet… Yet!… Yet!  You should be very thankful!

We’re taught to send this cracker to the cemetery…  So kiss ‘em goodbye.

Once again, it’s heavy stuff.  And there is nary a peep from anyone left of center.  It ruins their credibility, does it not?

As a conservative black American, I’m not shocked by the latest statements by the New Black Panther Party’s King Samir Shabazz.

Even the most casual observer must agree that the New Black Panther Party’s actions regularly get a free pass from the mainstream media as well as the Obama Administration Department of Justice.  Shabazz’s latest hate-filled tirade once again shows that the group has violent intentions.  Like the KKK, they must be considered a domestic terrorist group for their work to incite racial violence among Americans.

While the mainstream media worked hard to find evidence of racism within the Tea Party movement, it seems the New Black Panther Party is overlooked because charges of racism today are instead too often misappropriated to demean the character and ideas of those who oppose liberalism.  I figure that is why the actions and statements of the New Black Panther Party are overlooked by establishment liberals and the mainstream media.  Their lack of outrage should be considered silent approval of the group’s mindset.  After all, that is the attitude they have taken regarding conservative leaders and the Tea Party movement.