ConservativeBlog.org
Posted at 14:37h in Blog, Health by David Almasi 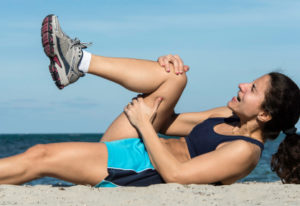 A flip-flop wasn’t a good fit for Susan G. Komen for the Cure.

When the very high-profile breast cancer charity decided to sever controversial ties with Planned Parenthood earlier this year, my friend Jennifer was elated.  Because the taint of abortion was gone from Komen, she could finally participate in the group’s “Global Race for the Cure” in good conscience.

She signed up for the run just hours after the announcement of the separation.  A few hours after that, I donated the remaining amount to make her participatory fundraising goal.

I had other reasons of my own for supporting Jennifer’s (and Komen’s) cause.  My mother is a 30-year breast cancer survivor.

Jennifer reconsidered running the race.  I reconsidered my donation to Komen — which they did refund to me upon my request with my explanation that the donation was made under false pretenses.

And Jennifer and I aren’t the only ones who left Komen.  According to media reports, this year’s Global Race for the Cure in Washington, D.C. — to be run on June 2 — has only about 25,000 applicants.  This is down 40 percent from the approximately 37,000 participants last year — and around 60,000 years ago.

There’s no buzz about the Race like in previous years.  It’s almost as if it’s not taking place at all.

Jennifer and I had every reason to snub Komen.  We’d been doing it for years, but always keeping a distance with the hope that they’d remove themselves from abortion politics and stick to tackling breast cancer.  When they did, pro-lifers flocked to their cause — creating race teams and making donations.

When Komen flip-flopped, resuming the boycott was easy for me.  It’s not been so easy on Komen.

Not only did Komen lose us (probably forever at this point), but they also seem to have lost their past liberal supporters.  For example, Representative Mike Honda (D-CA) told NPR that his office, which reportedly raised $10,000 for Komen at the race last year, is not participating this year.  Honda says it is an issue of “trust and follow-through.”

Oddly, Honda says he wants Komen to prove it is apolitical and earn back his support by continuing to fund Planned Parenthood.

Planned Parenthood reportedly has a budget of over $1 billion.  That $600,000 from Komen is approximately 1/1666th of its budget.

For Mary’s Center, however, the $100,000 they’ve usually gotten from Komen from the race is considered vital.  Mary’s Center CEO Maria Gomez says they will be forced to make “very hard decisions” if Komen cannot continue to help them out — perhaps laying off staff and cutting back on their breast-cancer screenings for low-income D.C. women.

Maybe I’ll give my Komen donation money directly to Mary’s Center.  I don’t know their politics, if they have any.  But I can figure where Komen has sided and will stay, and I don’t see myself considering them again.

I hope the Komen executives are happy.  I hope the Planned Parenthood executives and its supporters such as Representative Honda are happy.  The impending Global Race for the Cure debacle — and the effects it will have on the fight against breast cancer — is their doing.