ConservativeBlog.org
Posted at 14:28h in Articles, Blog by David Almasi 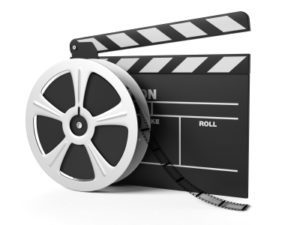 As I point out in a new op-ed posted by the Daily Caller, Freeman “insulted more than half of the politically-active American public” last year when he went on CNN and alleged that Republicans, Tea Party participants and conservatives in general opposing the policies of the Obama White House were essentially “racist” and want to “screw the country” to make President Obama look bad.

There’s compelling evidence that Freeman’s tirade may have kept a lot of Republicans, Tea Party participants and conservatives in general away from “Dolphin Tale,” a Warner Brothers movie Freeman was on CNN to promote that night.  Warner Brothers is a subsidiary of Time Warner Inc.

My op-ed points out the pitfalls faced by studios when the celebrities they hire piggyback politics and promotional tours.  I suggest:

Many actors can’t find work due to a lack of talent, but there are talented actors who don’t work because they are a liability.  Charlie Sheen’s destructive lifestyle got him fired from Warner Brothers Television’s “Two and a Half Men.”  In between his Oscar-nominated performance in “Chaplin” in 1992 and his mega-stardom in “Iron Man” in 2008, Robert Downey, Jr. found little substantial work in Hollywood until he tackled his drug problems.  Mel Gibson’s offensive temper tantrums turned him from an icon into a pariah.

Whether behavior makes someone uninsurable, unmanageable or unpopular, Hollywood has never had trouble sacking actors.  Wise studio heads would add political radicalism as another indicator of toxic talent to be avoided.

Regarding Freeman and his next movie, I point out:

“The Dark Knight Rises” will only be in theaters for a few weeks, and that’s when Time Warner, Inc. wants people to spend their hard-earned $15 on a movie ticket. Should Freeman double-down on his hateful political rhetoric, it’s easy for even the biggest conservative Batman fan to wait to see it on Netflix, streaming on-line, rented from Redbox or on television.

The entire op-ed, “Personal Politics and Flicks Don’t Mix” can be found here.