Posted at 14:22h in Health by The National Center 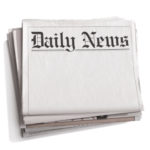 I almost thought I was going to have to issue a retraction for my Friday blog post on the Komen Global Race for the Cure.  Silly me, it was just the liberal media.

As I went through the Saturday edition of the Washington Post, I was worried that I wrongly reported that the Race was that day.  The Post seemed to be no pre-event coverage of it!

As a public service to participants, residents, tourists and motorists, the Post regularly prints a map and information about street closures for big events such as street festivals and marathons.  The 25,000 people reportedly registered for the Komen event and their supporters (for instance, the woman with Stage 4 breast cancer who participated in a wheelchair), and the fact that major D.C. thoroughfares such as Independence Avenue, Constitution Avenue and 14th Street were closed, fit the bill as a worthy thing to report in my mind.

But, on my third run through the Saturday Washington Post, I finally found a small mention of the Komen race in the top corner of the Metro section.  Rather than giving information, it directed people to go to the Post’s local-oriented web site to talk about the political controversy between Komen and Planned Parenthood.  And there was mention of the street closures on the Post’s web page – but only on the web, from what I can tell.

This coverage (or lack thereof) reminds me of the heady days of the Tea Party movement in 2010 and 2011, when countless thousands of people would descend on the nation’s capital for well-planned rallies that also used major streets and also got little to no coverage – logisitical or otherwise – in the Post.

Talk about hero-to-zero.  I don’t take issue with the Post marginalizing Komen because staff at the newspaper are mad that the group dared to try to break off an abusive relationship with Planned Parenthood, but to apparently choose to ignore the vital news story of major street closures seems awful petty.