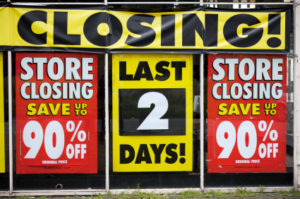 Much has been said on this blog and web site about the loopholes inherent in Mayor Michael Bloomberg’s announced plan to criminalize sugary beverages in cups larger that 16 ounces in New York City and how the plan will do little to actually help people’s heath in the Big Apple.  Not much has been said, however, about the associated economic effects.

But Erick Ford, the National Center’s new development manager, is thinking about them and has a few comments about what the big soda ban might do to the city’s overall economy.

We also all know that, since taking office, Mayor Bloomberg has done everything he can to leave his mark on the city.  And not all of it is beneficial.  Look at Times Square in the summer — you can literally sit in traffic all day.

It makes you wonder if Bloomberg has ever heard of the Law of Unintended Consequences?

What is that?  The Law of Unintended Consequences comes into play in situations such as when you turn left thinking it is a faster way to get home only to find you need gas and there isn’t a gas station to be found.  The law is simple: you do A to fix B in hopes that you get C, but you may not realize that everything from variable D through Z could end up spoiling your plans.

How does this law apply to Mayor Bloomberg’s vision for New York City?

In the recent past, we have seen Wal-Mart and similar companies provide consumers with lower prices because they can buy more goods in bulk.  This arrangement allows them to cut prices because they are buying the product cheaper and are willing to pass some of the savings on to the consumer.

So how does this relate to the Bloomberg soft drink police?

Let’s say you own a restaurant or a movie theater.  Right now, you sell multiple sizes of soft drinks — giving diversity to the consumer and bringing down your cost because you know how many of what sizes sell best each day after doing inventory.  On top of that, soft drinks are purchased from a wholesaler who gives a discount after a specific quantity is exceeded.  The more you buy, the cheaper it gets — and that benefit is conveyed to the consumer.

So let’s do some math on this.

Let’s say a movie theater regularly buys ten gallons of soft drinks for a dollar a gallon — after a 50-cent price-break at eight gallons.  That’s only $10 instead of more for seven gallons.  If less is consumed, the price will likely go up to compensate.  In fact, during his announcement of the proposed ban, Bloomberg advocated that businesses raise their prices to meet profit losses.  Who’s going to pay for the price increase?  Bloomberg?  No, it will be the consumer taking the hit.

In our present economic situation, where every penny counts, it behooves us to save money wherever we can.

So how to get around Bloomberg’s cup police?  The proposal aims at limiting what someone can sell.  What if a business owner just give cups away.  But now the ticket prices will go up to cover the cost of the complementary drinks.

Another alternative is to go somewhere else besides the city — perhaps Long Island or New Jersey, where you might also grab dinner and patronize local businesses.

This would leave New York City restaurants hurting because — to enjoy a movie — people may choose to go out of town.  Now, New York City restaurants and other businesses in the area — due to a lack of people eating and browsing — lose customers and may face undue financial hardship.  Cutbacks and closures may ensue.  What are the potentially unemployed workers to do now?  Unemployment increases, fewer businesses flourish and the deflating tax base slows the city’s economic engine.

These are all hypothetical situations, but what about other cities where lawmakers believe government has all the answers.  How about Camden, New Jersey, for example, where lot of the jobs and businesses have left.  The markets and business there have all but closed, and about half the police were let go last year because the city couldn’t afford to protect itself anymore.

But Bloomberg has all the ideas about how to regulate our lives.  Don’t worry, New Yorkers, you have nothing to worry about… maybe.