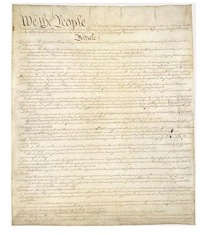 The U.S. Supreme Court today handed down a victory for freedom of speech in the case of Knox. v. SEIU. The case was about whether the public employee Service Employees International Union in California could take money from those employees forced to subsidize the union who chose not to join it, explicitly for political activities, in the form of a “special assessment,” without the individual’s explicit permission.

The Court’s decision can be found here.

The union had argued the case was moot because it had halted the offensive activity. In his decision for the majority, Justice Alito delivered the opinion of the Court, writing, in part, on this point, “This case is not moot. Although the SEIU offered a full refund to all class members after certiorari was granted, a live controversy remains. The voluntary cessation of challenged conduct does not ordinarily render a case moot because that conduct could be resumed as soon as the case is dismissed… Since the SEIU continues to defend the fund’s legality, it would not necessarily refrain from collecting similar fees in the future…”

Alito also wrote, “A close connection exists between this Nation’s commitment to self-government and the rights protected by the First Amendment, see, e.g., Brown v. Hartlage, 456 U. S. 45, 52␣53, which creates ‘an open marketplace’ in which differing ideas about political, economic, and social issues can compete freely for public acceptance without improper government interference… The government may not prohibit the dissemination of ideas it disfavors, nor compel the endorsement of ideas that it approves… And the ability of like-minded individuals to associate for the purpose of expressing commonly held views may not be curtailed… When a State establishes an ‘agency shop’ that exacts compulsory union fees as a condition of public employment, ‘[t]he dissenting employee is forced to support financially an organization with whose principles and demands he may disagree.’ …This form of compelled speech and association imposes a ‘significant impingement on First Amendment rights.’ …The justification for permitting a union to collect fees from nonmembers — to prevent them from free-riding on the union’s efforts — is an anomaly. Similarly, requiring objecting nonmembers to opt out of paying the nonchargeable portion of union dues — rather than exempting them unless they opt in — represents a remarkable boon for unions, creating a risk that the fees nonmembers pay will be used to further political and ideological ends with which they do not agree…”

Our congratulations to the James Young and other members of the fine National Right to Work legal team who argued this case, and won this important victory recognizing the right of Americans to not be forced to subsidize political activities they may abhor.