ConservativeBlog.org
Posted at 11:10h in Articles, Blog by David Almasi 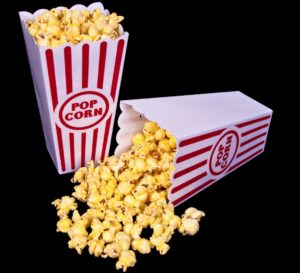 Last month, Project 21 member Oscar Murdock asked Time Warner, Inc. chairman and CEO Jeff Bewkes what the company can do to stop actor Morgan Freeman from making divisive and radical public statements on politics that could be potentially damaging to the box office receipts of the company’s movies in which Freeman appeared.  Bewkes sullenly replied, “not much.”

But, with that little push from the National Center for Public Policy Research, it appears Freeman somehow got the message.

In a June 19 interview on the PBS show “Tavis Smiley,” Freeman once again promoted his political beliefs on the verge of a new movie’s release.  Freeman told Smiley that he wanted President Obama to be re-elected because the “people on the other side of the fence scare me.”  In the second part of the same interview that aired the next night, Freeman added — after being goaded by Smiley — that vote fraud protections are “a great attempt at disenfranchisement.”

It’s not quite the radicalism of his appearance last year on CNN’s “Piers Morgan Tonight,” when Freeman called Tea Party members “racist” and said they wanted to “screw the country.”

More importantly, Freeman appeared to carefully try to distance his radical politics from his craft.  Before he went off the deep end on PBS, he prefaced his comments with the qualifier: “this is Morgan Freeman’s personal thought.”

Not much, Mr. Bewkes?  You sell yourself short.  I think you did do something!

At the Time Warner Inc. shareholder meeting, Project 21’s Murdock — who was there representing the National Center’s Free Enterprise Project — pointed out the possible negative financial repercussions of Freeman’s CNN outburst.  A Hollywood Reporter-commissioned poll indicated that the movie Freeman was promoting at that time, “Dolphin Tale,” was initially more appealing to conservatives — but became less so when Freeman’s caustic comments became known.

When moviemakers are fighting to justify that hardworking consumers spend $12 or more on a movie ticket these days, it hardly helps when the stars out promoting the movies are actively alienating more than half of the politically-active population. 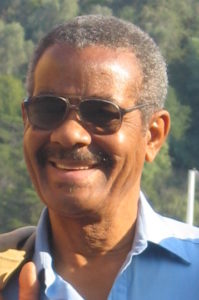 Murdock queried Bewkes about what the company planned to do to protect its minimum $250 million investment in “The Dark Knight Rises,” the newest movie from Warner Brothers to include Freeman (Warner Brothers, also the studio behind “Dolphin Tale,” is a Time Warner, Inc. affiliate).

After the shareholder meeting confrontation and the subsequent press coverage in influential entertainment-oriented media such as the Hollywood Reporter, the Guardian (U.K.), the Atlantic Wire, American Family Radio, Esquire, the Daily Caller and KPCC-Los Angeles, it seems clear that word got to Freeman that his toxic talk at least needed a disclaimer.

Was it Bewkes who did it?  Was it Freeman’s manager or his agent?  Was it Freeman himself, doing a spit-take as he read the Reporter while he enjoyed his morning cup of coffee?  We’ll likely never know for sure.

One thing we can surmise is that Oscar Murdock played a vital role in not just tempering Freeman’s temper, but possibly also making it clear to a wide range of celebrities that the American public is more interested in their singing, dancing and acting than their politics.