ConservativeBlog.org
Posted at 06:05h in Articles, Blog by David Almasi 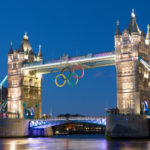 Even though the field of competitors is winnowed down to 24, an Olympic rule knocked her out because Wieber was an impediment to diversity.

Wieber scored 60.032, just 0.600 away from the leader — Russian Viktoria Komova.  But Wieber placed 4th overall behind Komova and fellow Americans Aly Raisman and Gabby Douglas.  Olympic rules say only two gymnasts from one country may compete in the finals.

So Wieber’s spot was essentially taken by 25th place Aurelie Malaussena of France — who was 5.633 points away from Wieber in the rankings.  Russia, England and China also lost out on a 3rd spot in the finals due to the rule. 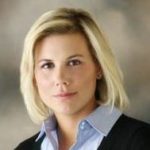 Project 21 friend Jennifer Gratz, the plaintiff in the U.S. Supreme Court case of Gratz v. Bollinger (decided by the Court in 2003), feels a bit of kinship to Wieber.  They both have Michigan roots, but it goes much deeper than that.

In 1997, Jennifer sued for admission to the University of Michigan on the grounds that the school’s points-based admissions process discriminated against non-minority candidates by giving minority applicants 20 points (out of a possible 150) simply because of their ethnicity.

In an e-mail to me after the Wieber debacle in London, Jennifer noted:

Jordyn Wieber — a Michigan native and the reigning world champion of women’s gymnastics — was eliminated from the Olympic all-around competition.

She was eliminated not because of merit.  She finished 4th overall in the preliminaries, but she finished behind 2 Americans.

It was because of her national origin.

Americans are rightfully outraged.  NBC commentators have asked, “how will this 17-year-old recover?”

During my lawsuit against the University of Michigan, my story was featured numerous times by NBC — including a one-hour prime time special highlighting my story and my lawsuit.  Not once have I heard an NBC commentator ask how a “17-year-old will recover” after being rejected from a university due to race, ethnicity or national origin.

Unfortunately, Jordyn Wieber is another victim of diversity quotas… and NBC’s hypocrisy is on full display.

The Court’s ruling in the Gratz case threw out the University of Michigan’s undergraduate point-based admissions process as an unconstitutional violation of the Equal Protection Clause.  The Court, however, muddled race-based admissions when it upheld the University of Michigan’s law school’s “holistic” admissions program in the companion case of Grutter v. Bollinger.  Justice Sandra Day O’Connor wrote in the majority opinion in Grutter that a school can have a “narrowly tailored” policy that promotes a “compelling interest” in fostering the alleged “educational benefits that flow from a diverse student body.”

O’Connor wrote that enforced diversity may not be needed “25 years from now.”  As it so happens, Project 21 — through the filing of a legal brief  — is participating in another big higher education affirmative action case.  Abigail Fisher v. University of Texas at Austin comes less than a decade later, and it seeks to address the wrongs wrought by the Grutter decision.

NBC’s web site posted a vigorous condemnation of the diversity standards being practiced at the Olympics.  Josh Alpert wrote that “there are four very deserving women who devoted their lives to reaching this goal, reached it and then still got shut out by an inane rule.”

Alpert added: “Wanting to spread the wealth to as many countries as possible is a noble idea… [But what happened to Wieber and the others] flies in the face of everything that sports is supposed to represent.”

But not for Jennifer Gratz or Patrick Hamacher or Barbara Grutter or Abigail Fisher or anyone else harmed by racial quotas in school admissions that are largely approved of by mainstream media organizations such as NBC?  Shouldn’t the admissions process for higher education be as objective as gymnastics competitions?

And what about Title IX restrictions that often prevents college men from participating in sports such as wrestling, golf, tennis and hockey in favor of women’s lacrosse, rowing and softball?

It’s situations such as this that show the power of the media’s filter on how much news people actually get, and how much this control can shape public opinion.