ConservativeBlog.org
Posted at 00:35h in Blog by David Almasi 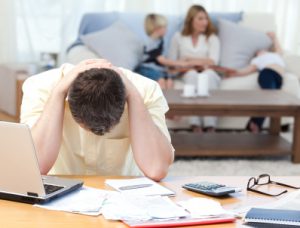 President Truman had a sign on his desk that read “The buck stops here.”  After the prolonged economic problems wrought by the Obama Administration, Project 21 member Derryck Green figures it’s about time for the current resident of the White House to develop the same sort of willingness to own up to his responsibility for our nation’s current condition:

With the recent release of the July jobs report and unemployment numbers, one has to wonder if the President Obama still thinks that the private sector is “doing fine” or even that his plan for the economy “worked.”

What should be more worrisome is that the actual number of Americans working dropped by 195,000.  Therefore, with all of the adjustments such as seasonal adjustments and the size of the workforce, the actual number of new jobs added falls to a mere 52,000.  Coupled with the fact that the original estimate of jobs created for the month of June was revised downward from 80,000 to 64,000, it presents is a fairly unimpressive and distressing picture of the American economy. 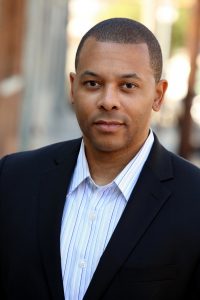 If it’s possible to dampen the economic picture even more, the U-6 number of actual employment — those who are underemployed or have simply stopped looking for work — is around 15 percent.  This would bring the actual number of Americans unemployed or underemployed to roughly 24 million.

These bad economics news comes as it was also reported that gas prices jumped 17 cents in July.  This is the highest one-month jump for July in at least a decade.

None of this comes close to being good news for America.  It appears that the policies President Obama continues to advocate make changing the depressing situation right now to the glum and hope-less, new normal.

Obama should be actively reducing regulations that encumber entrepreneurs and prevent business owners from hiring and expanding.  He should seek to create an air of certainty by maintaining current tax rates for all tax brackets and reducing the current corporate tax rate to encourage more investing.

But, instead, the President continues to play class warfare by pitting Americans against one another to score political points.  His actions seem to indicate that he would rather keep the nation divided than implement effective economic strategies to resurrect our economy and unify us as a nation.

This sort of thinking is out of touch with mainstream America, as Obama’s recent approval ratings would appear to confirm.

Three years ago, the President boldly claimed that “will be held accountable” if his plans do not help turn the economy around.  After three years of increasing debt, soaring deficits, failed attempts at government intervention, “cash for clunkers,” “green jobs” and alternative energy boondoggles, continued bank bailouts and other costly and unintelligent “investments,” the President is at least right on one thing.

Obama should be held accountable for the state of our nation’s economy.