05 Sep 2012 Debate on Organics is Over: The National Center was Right!

ConservativeBlog.org
Posted at 17:57h in Blog, Health by David Almasi

Consider the National Center ahead of the curve… by more than 12 years! 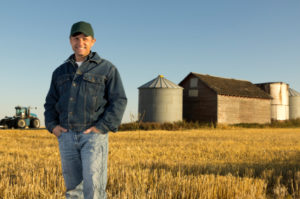 Two landmark reports were issued this week that cast doubt on the health and safety benefits used to cheerlead for organic foods over conventional foods and the means of procuring them.  Since 2000, the National Center has urged people to eschew the hype over organic grandstanding.

A newly-released study by Stanford University researchers — reportedly the largest study of its kind — finds that there are no real health or safety benefits to choosing organic foods over the same types of food grown or raised in a conventional manner.  According to researcher Dena Bravata:

There isn’t much difference between organic and conventional foods, if you’re an adult and making a decision based solely on your health.

Released on September 4 in the Annals of Internal Medicine, the Stanford report notes there is also no real evidence of a risk of pesticide exposure from either conventional or organic produce (because being organic does not necessarily mean pesticide-free).

Also on September 4, the Journal of Environmental Management published a study from Oxford University that finds organic farming might not be any better for the environment than regular farming and ranching techniques and might even produce more greenhouse gases in some cases.

But people reading material issued by the National Center would already know all about this sort of thing.

In May of 2000, in response to organic food labeling rules proposed by the Clinton Administration, the National Center commissioned a poll that found that 68 percent of respondents improperly interpreted that a product labeled “USDA certified organic” would be safer and that 69 percent would consider the food to have been produced in a more environmentally-friendly manner.

Not so.  Even then-Agriculture Secretary Dan Glickman would not certify at the time that the certification would be an indicator of increased safety or health benefits.

In a National Policy Analysis, John Carlisle — then director of the National Center’s Environmental Policy Task Force — also pointed out that studies showed that organic farming methods at that time were far from environmentally sustainable and actually could increase food-borne illness such as E. coli.