12 Sep 2012 PJ Media Has a Smoking Gun: The DOJ’s Case Against South Carolina on Voter ID Was Pushed by Political Appointees 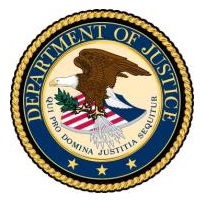 Lost among the highly justifiable intense attention today to the terrorist attack in Libya and the gross anti-American atrocities being conducted in that country and in Egypt is a powerful story of apparently political mis-doings by objectivity’s natural enemy, the political appointees of Eric Holder’s Justice Department.

J. Christian Adams, formerly of the Voting Rights Section at DOJ, writes for PJ Media that career DOJ staff recommended that the Justice Department not move to block South Carolina’s voter ID law, but the were overruled by political appointees.

…The South Carolina voter ID law was reviewed by civil rights analysts, a veteran attorney reviewer, the deputy chief in charge of Section 5 enforcement, and ultimately the section chief. Extensive and detailed memos were prepared by career staff recommending that South Carolina voter ID be precleared. There was a very small difference in voter ID possession between blacks and whites – only a 1.6% difference. South Carolina made photo ID free and allowed anyone with a reasonable impediment in obtaining one to vote anyhow after completing an affidavit. Based on these facts, career staff recommended preclearance.

But according to DOJ staff familiar with subsequent events, Assistant Attorney General Tom Perez and Deputy Assistant Attorney General Matthew Colangelo then overruled the career staff and ordered that the Department of Justice object to South Carolina’s voter ID – precisely repeating the same behavior that Leahy and Obama had falsely accused the Bush Justice Department of conducting.

This revelation is also damning because it means there is extensive DOJ documentation supporting South Carolina’s lawsuit. DOJ lawyers did not reveal to the three-judge federal panel the internal preclearance recommendation stating that the law did not discriminate. Nor did the Justice Department provide these documents to South Carolina in discovery….

Adams says a lot more in his story, so please read it all here.

Back in June, National Center Adjunct Fellow Horace Cooper wrote a paper for us, “Voter ID and South Carolina: The Supreme Court Speaks Yet DOJ Won’t Listen,” taking apart the Department of Justice’s case against South Carolina. At the time the DOJ suit was filed, it was inexplicable to me that DOJ would make such a sloppy argument. Adams’s story explains the matter: when politics is more important than professionalism, sloppiness results.

We were alerted to PJ Media’s important story by Quin Hillyer on the American Spectator’s The Spectacle Blog. Head over there to see his post, too, because he has a challenge for the mainstream media in it that we bet they won’t take up.

Quin was also kind enough to recommend our Justin Danhof’s new paper, “Media Shows Pervasive Bias When Covering Voter ID,” on the news media’s biased coverage of the voter ID issue. (Appreciated!) Justin’s paper can be read here and a summary of it I posted on Newsbusters this afternoon is here.