ConservativeBlog.org
Posted at 23:44h in Blog by David Almasi 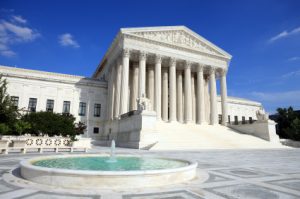 In less than two weeks, the U.S. Supreme Court will hear arguments on one of the biggest cases of the coming term.

In the case of Abigail Fisher v. University of Texas, the justices are once again — for the second time in less than a decade — considering the issue of racial quotas in college and university admissions.

In particular, the University of Texas considers diversity such a compelling interest that admissions staffers are willing to pass over white prospects with better applications in favor of minority candidates.  Fisher maintains that the school should not have readily accepted her application and processing fee if they had no intention of conducting an objective review.

The Fisher case has the potential to set major precedent with regard to the constitutionality of racial preferences.

Along with the oral arguments that will take place on October 10, the justices — with the exception of Elena Kagan, who was forced to recuse herself — also have an array of over 70 amicus briefs that present additional guidance on the case.

According to one legal observer, the brief in which the National Center’s Project 21 black leadership network is sign onto is “the most persuasive overall” in favor of a constitutional, race-neutral interpretation that would overturn the UT policy and likely set new legal precedent overall.

The brief — written by the Pacific Legal Foundation and joined by Project 21, the Center for Equal Opportunity, American Civil Rights Institute and National Association of Scholars — was filed with the Court last May.  Citing the argument made by then-justice Sandra Day O’Connor in her opinion in the 2003 case of Grutter v. Bollinger that diversity was a compelling reason for racial preferences, the brief argues that such logic is not compatible with the Equal Protection Clause of the U.S. Constitution.  It states:

[N]o proffered benefit can justify the high costs of racial discrimination.  Therein lies the error with the Grutter Court’s compelling interest finding.  Diversity cannot be viewed in a vacuum as an abstract good; constitutional scrutiny arises because of the means — racial classifications — that are being used to achieve the end — “the educational benefits that flow from a diverse student body”…  Unlike remedying past intentional discrimination, which has its roots in the historical evils of the slave trade, slavery and Jim Crow, the benefits flowing from a diverse student body was an invention of politically interested social scientists…

Put simply, until Grutter, this Court had never found a social science exception to the Equal Protection Clause.  The social science foundation of Grutter was never sound, has grown shakier with contrary empirical findings and crumbles in light of evidence that universities have thrived without racial preferences… [B]ecause there are few if any reliance interests in continuing racially discriminatory admissions policies, Grutter can be overruled without causing students or university officials any legitimate harm.

Carl Cohen, a professor of philosophy at the University of Michigan who was a strong advocate of 2006’s successful “Michigan Civil Rights Initiative” ballot initiative that outlawed state-level racial preferences, is the author of the Weekly Standard article that calls the Project 21 brief “the most persuasive overall.”  He also writes about the brief:

The Pacific Legal Foundation, [Project 21], the ACRI, the NAS, and the Center for Equal Opportunity conclude, appropriately, by explaining why the principles of stare decisis, worthy of great respect of course, “do not support the preservation of the highly flawed Grutter decision.”

Project 21 additionally joined this same collection of organizations on a similar brief to the U.S. Supreme Court in 2011 that asked for the Fisher v. University of Texas case to be accepted for consideration.

The brief on the merits of the Fisher case can be read by clicking here.