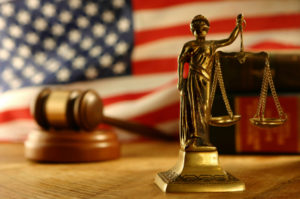 A couple of Justice Department attorneys walk into court and cry racism over a voter photo ID law.

Stop me if you’ve heard this before.

For months, Attorney General Eric Holder and his minions have been traveling the country – declaring that state-level voter ID laws are, in so many words, racist attempts to suppress black votes.  In those instances, Holder is wrong, but he nonetheless has left-leaning advocacy groups (such as the Brennan Center for Justice, the ACLU and the NAACP) back up this abhorrent assertion.

In a case that was decided on Wednesday, however, Holder and his cronies claimed that South Carolina’s new voter ID law was racist for a different reason.

DOJ officials claimed that South Carolina passed its new voter ID law (Act R54) in retaliation to President Barack Obama’s election.  You read that right.  Holder had the U.S. government argue in a court of law that South Carolina’s elected officials are such bigots that they are passing laws over their angst of being governed by a black man.

The problem for the Attorney General is that state and federal courts are not buying his radical racial rhetoric.

In a unanimous decision upholding South Carolina’s new voter ID law (now authorized to be enforced in 2013), a three-judge panel of the U.S. District Court for the District of Columbia went out of their way to disavow Holder’s incoherent wails of racism.

The judges explain – and then dismiss – DOJ’s arguments:

the Department of Justice and the intervenors point to Act R54’s proximity to the election of the country’s first African-American President, a Republican legislature’s refusal to accede to some of the Democratic legislators’ amendments, and the bill’s sometimes rancorous legislative history.  But those pieces of circumstantial evidence, even in the aggregate, do not overcome the central facts that we have described, which convincingly show that Act R54 was not enacted for a discriminatory purpose.

This argument – that South Carolina officials passed a photo ID law for voting in relation to the election of a black president – has absolutely no place in a courtroom.

It is one thing for Holder to attend an NAACP conference and cry racism over voter ID laws by calling them poll taxes.  But South Carolina’s voter ID case was argued in a federal court.  America has the greatest court system in world history – devoted to protecting the Constitution and all the freedoms that Americans hold dear.  The law is a learned profession and our courtrooms are sanctuaries of justice and virtue.  Inside courtrooms across America, serious proceedings for serious people take place.

If this case is any indication, Attorney General Holder is not a serious person.

Holder seems to only see the world in black and white.  He appears to judge others by the color of the skin and not the content of their character.  Rather than enforcing justice, he race-baits.

Holder is not the leader of the New Black Panthers or some other radical group – he is the highest-ranking attorney in our federal government.  And his continued presence as Attorney General is a stain on the fabric of America.

Every member of South Carolina’s General Assembly that voted for R54 – and Governor Nikki Haley (R), who signed it – should demand an immediate apology from Holder.  They just shouldn’t expect one.