22 Oct 2012 ID Protections Fit for a King, But Not the American People

ConservativeBlog.org
Posted at 15:07h in Articles, Blog by David Almasi 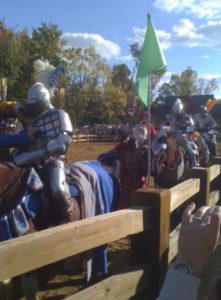 Even in 16th century England, it seems that they understood the importance of showing valid photo ID.

I visited the Maryland Renaissance Festival yesterday, set in the mythical 1500s-era English village of Revel Grove.  It was the last day of the festival, but — if I was really a devoted fan of mead and jousting — I could have bought a special 19-day pass that would get me into every single day of the festival (there were smaller multi-day packages available as well).

The only hitch about the multi-day pass over a regular one-day ticket was that the pass was assigned to an individual.  Since the 19-day pass offers the average adult a very deep discount (over 70 percent!), the king and his court were obviously concerned that a group of people might chip in to take unfair advantage of the deal and have someone different use one shared pass over the course of the festival.

The entrance to Revel Grove has a special gate for the holders of a multi-day pass.  To enter through this gate, these people must show photo ID.

It’s amazing how certified proof of identity can be used to protect economic interests.  What else can photo ID do?  I just happen to have taken some photos on my smartphone while going about errands and socializing that show the many uses of photo ID. 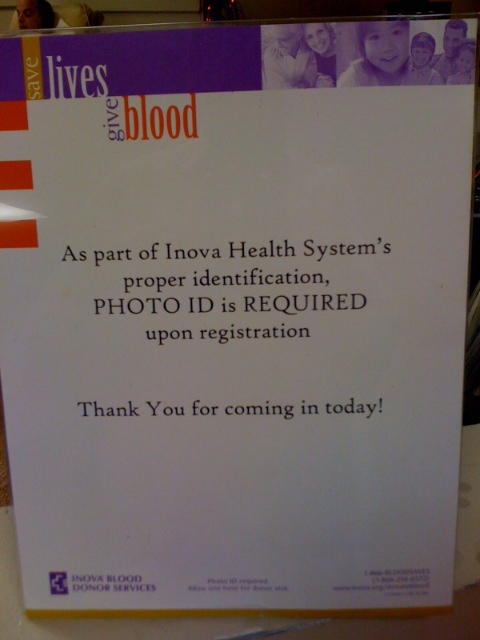 At the hospital where I donate blood (qualified individuals can — and should — donate whole blood every eight weeks), they ask for photo ID so that hospital administrators know exactly who wants to make such a gift.  This simple act protects the health and safety of others. 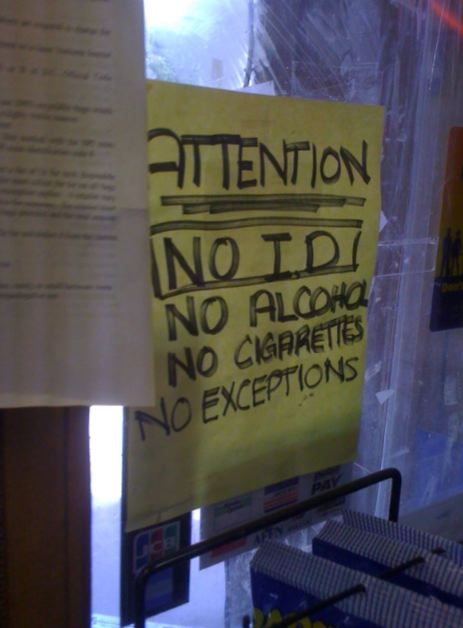 At the local convenience store, they require photo ID to ensure that age-restricted items such as tobacco products and alcohol are not sold to minors.  Also a health issue, valid ID in this situation protects kids from products that may have deleterious side effects for consumers of their age. 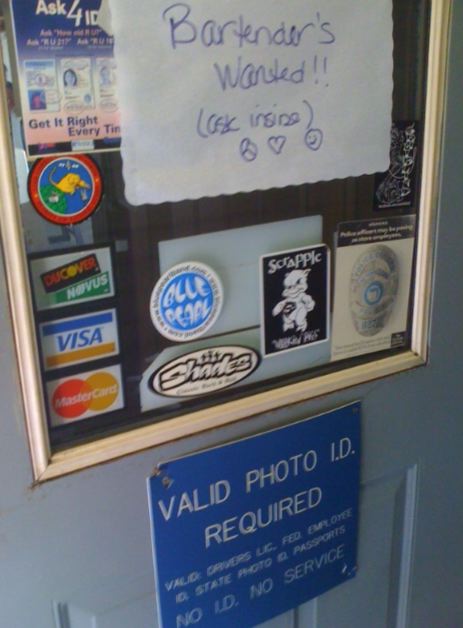 It’s the same thing with bars. 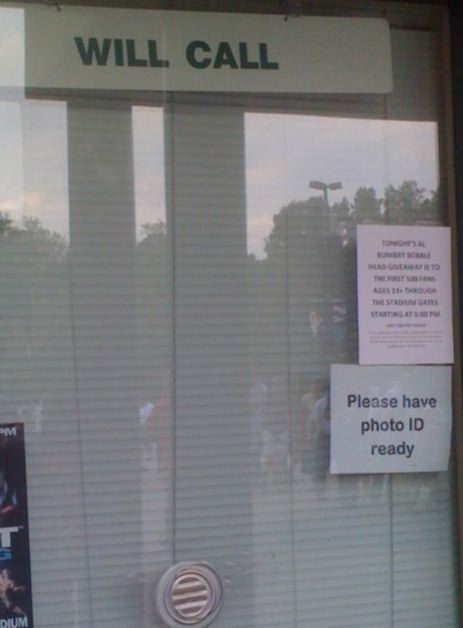 Will call at the ball park requires photo ID from people who are picking up the event tickets they ordered at the last minute.  Like at the festival, it would not be in the best interest of the venue or the buyer for that buyer to get to the gate and find out that someone else assumed their identity, got their order and was enjoying the game on their dime. 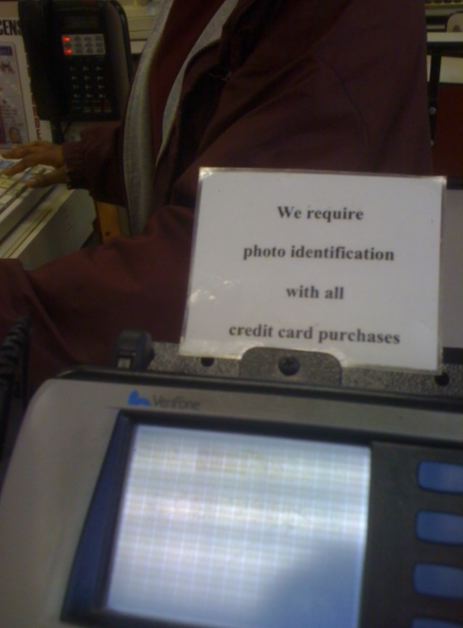 At the store, consumer fraud can be prevented by simply asking people to pull out a driver’s license or other government-issued ID when they are pulling out their credit card.  Banks have security precautions and fraud departments and there are services that can offer protection, but the simple act of asking for ID at the point of sale is easy, effective and protects the business from possibly losing revenue during the fraud investigation.

It seems photo ID is a ubiquitous and effective means of fighting fraud.  Right?

Yet only seven states currently require photo ID for the very important task of voting.  More will have such protections after the upcoming elections, but not without first fighting with Eric Holder and the Obama Administration.

Taxpayers have paid for federal lawsuits against voter ID protections in states such as South Carolina and Texas.

What might happen if ID is not required, as it is not in Washington, D.C.

If Attorney General Holder’s ballot can effectively be stolen by someone who simply walked into Holder’s assigned polling place and said his name, doesn’t it make the case for enacting and enforcing photo ID protections?

One would think that, after being able to see — on YouTube, with the rest of the world — how easy it is to steal his vote, Eric Holder would have second thoughts about trying to tear down polling place protections.  To the contrary, he seems to have doubled-down in his resolve since then to leave polls open to fraudsters.

Yet Eric Holder is not speaking out against or preparing lawsuits to combat Revel Grove’s special entrance for multi-day passholders.  Nor is the Obama Administration set to roll back rules meant to keep kids from buying smokes, criminals from compromising credit cards or the blood supply being tainted.

So why the concerted campaign against asking people to prove they are who they say they are before they play their role in selecting the next city councilmember,  mayor, senator, president, referendum, bond issue or many other things that have impact beyond just that one person?

There is a need for valid ID at the store, the ballpark and the polls.  It’s as clear as knight and day.