ConservativeBlog.org
Posted at 12:48h in Articles, Blog by David Almasi 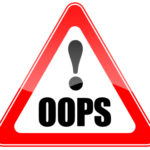 Representative Jim Moran (D-VA) wrote this in his regular column in the Falls Church News-Press, a left-wing community newspaper found in the D.C. suburbs run by a former follower of Lyndon LaRouche.  The paper made national headlines a few years back when it was the one media outlet that would give refuge to disgraced journalist Helen Thomas.

It’s a noble thought on the part of Representative Moran.  What makes it cringe-worthy, however, is the fact that this column appeared on the same day it was revealed that Moran’s son, Patrick was caught on video giving advice to an undercover reporter about how to engage in voter fraud.

Add to it that Moran, while accepting his son’s resignation from his campaign (of which he was field director), has tried to brush aside Patrick’s participation in a possible conspiracy to steal and nullify the innocent peoples’ votes as an “unfortunate situation” and a “tough lesson early in [his son’s] life.”

Nothing to see here.  Please go about your business.

For a liberal, it’s an “unfortunate situation” in which the outrage is selective.  For everyone else, watch out.