ConservativeBlog.org
Posted at 11:29h in Articles, Blog by David Almasi 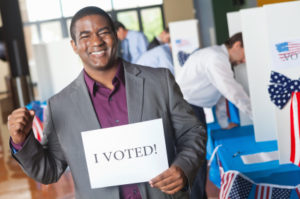 As the elections approach, the fraud enablers over at the Brennan Center for Justice appear to be celebrating the success of their race mongering campaign against commonsense and overwhelmingly popular polling place protections.

Even though they misguidedly think that they are protecting those they perceive to be meek, there is proof the act of asking a prospective voter to show ID before receiving something as important as a ballot is not flummoxing black America.

In fact, black voters in Georgia are voting in what is shaping up to be a record rate despite a strict voter ID law in that state.  This participation record is set to be broken for the second presidential election in a row.

A recent Washington Postblog entry quotes Wendy Weiser and Diana Kasdan of the Brennan Center crowing about how challenges to some state-level voter ID laws — egged on and provided with ample propaganda by the Brennan Center — will prevent their enforcement in the 2012 elections.  The pair write: “For the overwhelming majority of those whose rights were most at risk, the ability to vote will not be at issue on November 6th.”

In the grand scheme of things, it’s not exactly a win for opponents of voter integrity rules.  Laws passed in Pennsylvania and South Carolina, for instance, were found to be legal.  The victory for the opposition is that they were able to run out the clock with their challenges.  Judges ruled that — even though the laws were not invalidated — there is not enough time left to allow for their enforcement in November.  Still more cases have yet to be decided.

Additionally, Virginia and New Hampshire have voter ID laws that were enacted and are being enforced during this election season.

Clearly, even though the champagne may be flowing at the Brennan Center, the long-term trend is for more ID, more enforcement and more security that the electoral process will be free of fraud.

So the tall tales told by the Brennan Center and other foes of ballot safeguards had at least a short-term effect.  The validity of their claims?  That’s another story.

At the core of the Brennan Center staffers’ opposition is the mantra that minorities, seniors, youth, the transgendered and whatever identity group they need to drag into the argument will be disfranchised by having to show proof they are who they claim to be when the show up to vote.

For some reason, the everyday need for ID escapes these people, and they apparently lack the ability to get an ID without experiencing great hardship.

If only, for the Brennan Center’s sake, this was true.  That’s where Georgia should be weighing heavy on their minds.

Black voters in Georgia are voting early at a higher level than ever before — and the ID requirement appears to not be any imposition whatsoever.

According to the Atlanta Journal-Constitution, over 750,000 Georgians voted as of October 26.  Of those voters, 33 percent were black.  In 2008, the black participation rate was a then-record 30 percent.  This is despite the ID requirement!

Almost with sadness, the Atlanta Black Star reported on this doubled-edged sword of good news:

[T]he turnout by black voters in this election might provide Republicans with evidence that the new laws didn’t stifle black turnout.

One person this was not news to is George Secretary of State Brian Kemp (R), who told Georgia Trend magazine last August:

Our [voter ID] law has been in place since 2006, and we’ve been using it since 2007.  When you compare the ’04 presidential elections to ’08, then the ’06 governor’s election to 2010, the minority participation went up astronomically…  Stories about suppression — that’s just not the case.  There are big increases.

It’s a shame that there are so many who either don’t realize — or likely don’t want to realize — that the argument that minorities risk disfranchisement is a myth… and a condescending one at that.

Consider the media reports by the Atlanta Black Star and the Georgia Tipsheet web site that cite a report published by the Black Youth Project that suggests over 73,000 young, black Georgians won’t be able to vote in 2012 because of the state’s voter ID laws.

Why 73,000?  The BYP’s researchers — Jon C. Rogowski of Washington University in St. Louis and Cathy J. Cohen at the University of Chicago — took the 2008 black youth vote in Georgia and suggested it would be 25 percent lower in 2012 due to voter ID requirements.  Forget (as they seem to have) that the Georgia law was being enforced in 2008.

Where did BYP come up with the notion that 25 percent of black youth don’t have valid ID to vote?  The Brennan Center, of course.

GroupSnoop notes that the Brennan Center’s major report slamming voter ID laws, “Citizens Without Proof,” was criticized by voting rights experts Hans von Spakovsky and Alex Ingram of the Heritage Foundation because it “appear[s] to have pursued results that advance a particular political agenda rather than the truth about voter identification.”

As it would happen, the BYP report cites “Citizens Without Proof.”  And Rogowski and Cohen similarly suggest voter ID laws will cause potential widespread disfranchisement.  Interestingly, they make this assertion while noting the inherent difficulty in supporting their findings.  Much like what critics of the Brennan Center say about the way “Citizens Without Proof” is written  Hmmmmm.

The BYP report notes “a variety of challenges associated with ascertaining the likely consequences of these [voter ID] laws… [The surveys used] do not contain large enough samples to accurately assess how IDs are distributed across age and racial groups.”

Also, “there are likely to be important differences in how many youth of color possess photo identification across state lines and different racial and ethnic groups” and “how photo IDs are distributed across likely voters and nonvoters.”

That’s an awful lot of ambiguity.  Especially coming from two college professors.  So much of the report is dedicated to pointing out that there is a lack of concrete information to draw upon and that more research is needed.  But this uncertainly is left out of the reports executive summary, and only the wild-eyed accusations make the headlines.

To throw out the presumption of systemic civil rights violations without rock-solid proof to back it up seems quite reckless.  As if the end — in this case, railroading democratically-enacted voter protections — justifies the means.

Nonetheless, it would appear that the Black Youth Project is willing to suggest that over 73,000 black youth in Georgia might not vote because of a law passed six years ago.  In this implied willingness to throw prudence aside to make a political point (as von Spakovsky and Ingram charge against the Brennan Center), the report flippantly suggests: “[I]t is perhaps more important to ascertain the potential effects of these new photo identification requirements”

Don’t look at what has happened.  Focus on what may happen.  Assume!  Accuse!  Allege! 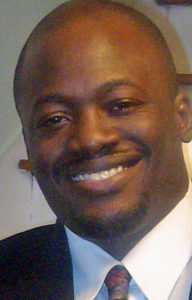 This doesn’t sit well with Project 21 member Ak’Bar Shabazz, a longtime Georgia resident who voted in all elections since 2006.  He was able to produce ID.  He had no trouble.

Concerning the assumptions of the left being proven wrong by documented robust voting in the Peach State, Ak’Bar said:

The voter suppression boogeyman only exists in the imaginations of race pimps who gain celebrity or revenue by promoting this illusion.

The fact of the matter is that vote integrity is a crucial component for preserving our republic.  Producing identification while going about regular business is a staple of daily life for most citizens.  Asking someone to produce the same ID to vote that they probably just produced for the bank teller a few minutes earlier isn’t too much to ask.