06 Nov 2012 If You Want to Learn About Election Cheating…

ConservativeBlog.org
Posted at 10:06h in Articles, Blog by Amy Ridenour 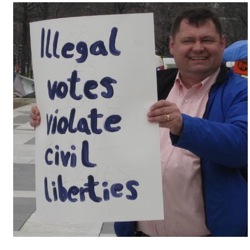 Sorry, I can’t tell you who is cheating right now and where, though if news reports are any guide, we all have good reason to suspect voter fraud has once again reared its corrupt little head in election 2012.

In preparation for the days ahead, when this election is over and we again turn our attention to the best way to design election procedures to keep them fair and fraud-free, allow me to strongly recommend one of the more informative and valuable books of 2012, “Who’s Counting: How Fraudsters and Bureaucrats Put Your Vote at Risk,” by John Fund and Hans von Spakovsky.

Chapter seven, on corruption in the Justice Department, is worth more than the purchase price by itself, but there’s plenty in every chapter to keep the reader saying “wow.”

Some things I learned from “Who’s Counting,” especially about the 2008 Senate race in Minnesota that seated Al Franken, without whom ObamaCare would not have passed the Senate:

Anyone watching the news today knows Philadelphia, for example, still has some explaining to do.

There’s lots more in this book that all voters need to know. Read it and be part of the informed discussion moving forward about how we stamp out voter fraud.